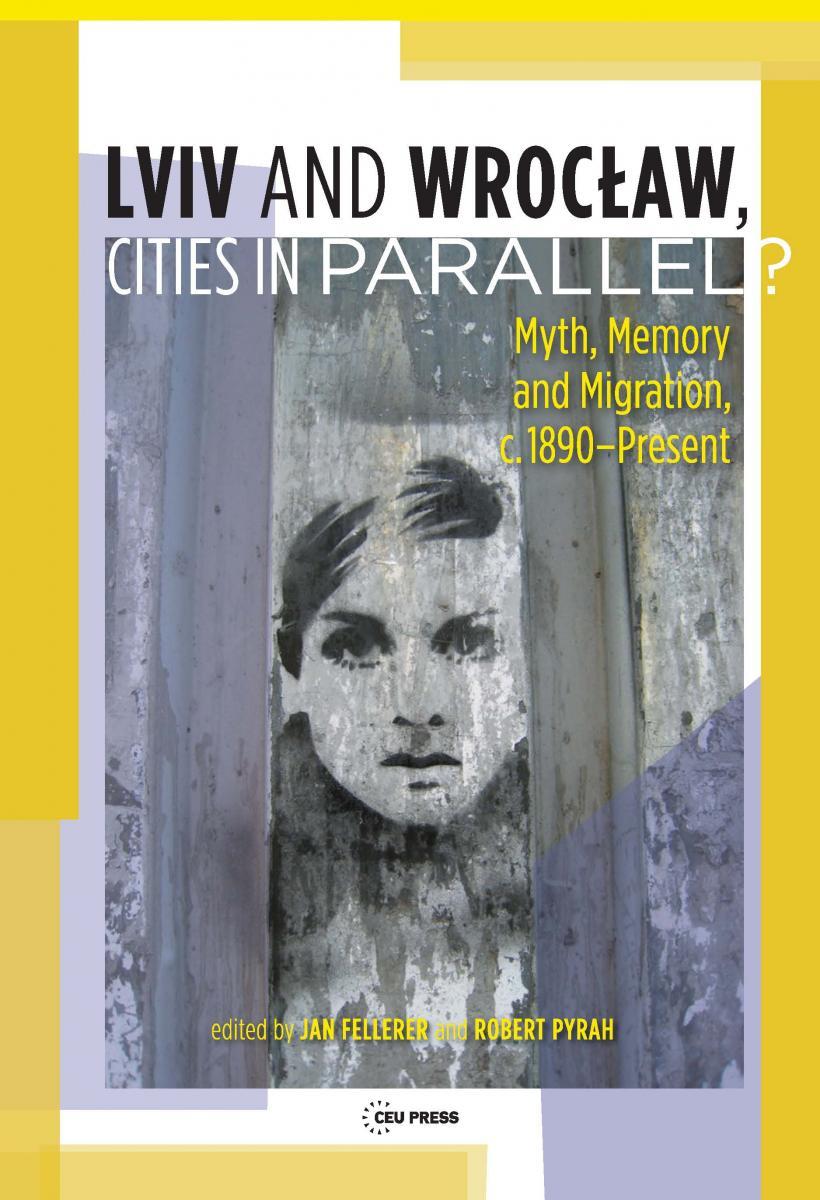 URBAN ISSUES ACROSS A VARIETY OF CEU PRESS PUBLICATIONS

This compilation features books of the Central European University Press, published since its establishment in 1993, that have some relevance to the history and culture of cities. After the latest release, titles in the backlist are arranged by content: contemporary topics are on top, older themes below. For more substantial information about the content and availability, please click on the covers of the book, or on the links inserted into the citations.

“What was the right dose of the ‘national,’ in a city built by different nationalities? Soviet architects visiting Lviv in 1940 were trying to find answers to these questions”—about Lviv and Wroclaw.
“A policy of Polonization led, through strategies adopted by the communist regime, to the forgetting of the recent German (as well as Jewish) past, and a culture of silence on the non-Polish past and inhabitants of the city.”
“With its architecture, numerous railway stations, and ‘bad neighborhoods,’ Wrocław had the attributes of a metropolis, and an urban purgatory that attracted the dregs of society and served as a magnet for filmmakers.”
“The need to ‘Ukrainianize’ the urban space and produce a compact, unified narrative of Ukrainian history of Lviv is understood by anyone who knows Ukraine’s struggles for autonomy and independence.”
“The late- and post-communist era brought a rediscovery of urban localism that could be even larger than the newly independent Polish or Ukrainian nation.”

“In Doris Lessing’s fiction the city is portrayed as a transnational space dissociated from nostalgic memories.”—from a book on the transnational aspects of contemporary literature.
“London is depicted as a transnational city, but this transnationalism is no longer characterized by an engagement with the past: transitory multi-ethnic locations such as the Tube, Heathrow Airport and the New Café offer performative spaces for female characters to explore their subjectivities before embarking on an adventure elsewhere, or continuing their journeys home.”
“For Virginia Woolf, mobility represented the quintessence of modern life. In particular, it was urban mobility that occupied Woolf’s creative mind, as she sought to capture its dynamic, fleeting, and changeable nature.”

Urban themes in books on the CEU Press backlist, contemporary topics on top, older themes below:

“Jože Plečnik had a reputation as one of Otto Wagner’s most talented and innovative protégés, and he had been involved with the Secession since 1901.”
“The 1919 design contest for a new ‘cathedral’ (chrám) for Prague, as Czechoslovakia’s first open architectur­al competition, was a major cultural event in the new state, a preview of the possible directions of independent Czech design.”
After winning the contest for the Church of the Sacred Heart in the Vinohrady district, Jože Plečnik was in charge of restoration of Prague Castle. The story of how this ancient citadel was transformed after World War I from a neglected, run-down relic into the seat of power for independent Czechoslovakia—and the symbolic center of democratic postwar Europe.

“As coffee houses sprung up about the towns, cobblers, tailors, tradesmen and tradeswomen, teamsters, all the way down to the last riffraff would head for coffee. For six copper groschen one could get a cup of coffee with milk and sugar.”—broadcast from the eighteenth century.
“When doors were loose-fitting, water or mud always found their way into the carriage, getting the feet of those sitting inside just as wet as if they had been pedestrians. Such instances occurred particularly in Warsaw along the muddy and pot-holed streets which, for a long time, excepting Krakowskie Przedmieście and the Old Town, were not paved and everywhere were full of pits and puddles.”
“The manor houses of both lesser lords and the wealthy nobility were for the most part built of wood and were of one or two stories, enhanced on the outside by decorations, galleries, porticos, and porches.”

“Early modern urban discourse is a daunting subject, especially when one considers that much has survived from the enormous corpus of writing about cities from the later Middle Ages on.”—from a book on the evolution of urban discourse.
“It is the duty of the city not only to make good laws but also to build worthy sites, for the ornament of the city.”—decreed the city council of Bologna in 1439.
“Venice did not get the recognition it deserved for its singular contribution to the history of urban aesthetics until Ruskin put its stones into the title of what may have been the most influential book written about a city since St. Augustine.”
“The Spanish Inquisition was an extremely urban institution. It paid very little if any attention to the 90% of Spaniards who lived in the countryside.”
“How to finish a Gothic building in classical style was a circle that failed to square, as a walk past the (still) incomplete facade in the Piazza Maggiore in Bologna today makes immediately clear.”

Some of the older titles are out of print nevertheless bookshops or online distributors may get you print-on-demand copies, and most CEU Press titles are sold in digital version at the major electronic distributors