"In compiling these essays, the editors aimed to gain concrete case studies on how the post-war treaties failed in Central Europe. How, although filled with Wilsonian idealism, the realities and effects of the treaties lead to a continuation of the great power politics which has plagued Europe for centuries and directly lead to the Second World War, which officially was declared over the Polish Corridor and Danzig (now Gdansk), the existence of which was hypocrisy considering the idealistic goal of 'self-determination'"
Link to review:
https://visegradinsight.eu/central-europe-states-that-gain-influence-through-ter…
Reviewed book: 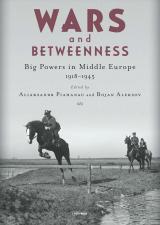