"When did the open society become so monotone? And what if the world doesn't want its problems solved by self-congratulatory people? The result of this gulf in understanding is written across our politics. Attitudes to higher education was one of the key factors in the vote for Donald Trump. In the Brexit referendum, whether or not someone went to university Was a stronger indicator of how they might vote than gender, age, or class. The essays in this book, which are based on a series of talks given at the Central European University in Budapest , show a clear awareness of this fault line."
Link to review:
https://www.the-tls.co.uk/articles/private/conspiracy-theories/
Reviewed book: 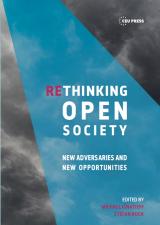