"Coca-Cola Socialism stands out in local historiography for at least two reasons: on one hand, it contributed to the emerging of a new stream of literature investigating the cultural sphere of socialist Yugoslavia, which strengthens the connections among subsections of the academic communities in the post-Yugoslav space; on the other, it successfully blended together cultural history and the history of international relations, showing to what degree the two are entangled. Albeit published in an academic format, the book is capable of reaching a wider public, including the former “children of Coca-Cola socialism”, as the author herself posits in the foreword, and any other reader interested in cultural transfers in Cold War Europe."
Reviewed book: 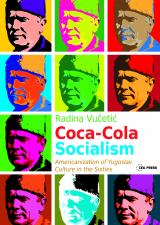