"Andrei Cusco’s book provides the background to understanding the rival territorial claims made by Romania and the Soviet Union with regard to Bessarabia in the interwar era (the so-called “Bessarabian question”). In so doing, the book also provides the historical context for the competing claims of the Soviet Union/Russia and Romania in Moldova in more recent decades. This is a thorough work that draws upon unpublished documents from the Russian State Historical Archive, the Archive of the Foreign Policy of the Russian Empire, the State Archive of the Russian Federation, and the National Archive of the Republic of Moldova. As the writing is quite dense in places, it is a work that will appeal to those with some prior knowledge of the history of Bessarabia and is a useful addition to the available works in English on this contested borderland."
Reviewed book: 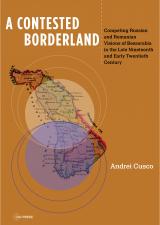