"Growing out of a conference held at the University of Ottawa in 2013, M. Mark Stolarik’s edited volume brings together the work of scholars from North America and the Czech and Slovak Republics. The conference and subsequent publication had two main goals: to reevaluate the “Velvet Divorce,” the peaceful agreement that led to Czechoslovakia’s split, and to compare the post-divorce trajectories of the two independent states. Stolarik’s comprehensive introduction names the “debate over issues of individual agency and deeper political structures” as the most striking theme of the volume. The authors analyze the split’s main causes and question its inevitability by exploring the emergence of nationalism and national identity, cultural and economic factors, political elites, and public opinion. The chapters represent a wide array of disciplinary approaches, including history, economics, political science, sociology, and law. In addition, two politicians contributed their plenary addresses from the Ottawa conference: Josef Moravčík, a Slovak lawyer, professor, and 1989 activist, and Petr Pithart, a Czech dissident, Charter ’77 signatory, and Prime Minister of the Czech Republic from 1990 to 1992 while Czechoslovakia was still a federal state. Graduate students and scholars of the region will find much of this collection useful. Each chapter includes extensive references, and there is a thorough bibliography at the end. Some of the most important North American and European scholars have weighed in on the many significant topics facing the Czech and Slovak Republics today."
Reviewed book: 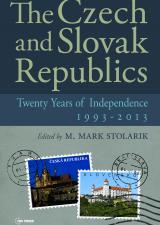