"Focusing on three townships in Estonia’s Viljandi County, Anu Mai Kõll demonstrates how the Soviet regime, despite its shortages in manpower and lack of legitimacy among the subject population, attempted to create a new society in rural Estonia. Yet this study is not only about the victims of Soviet power; it is also about the participants in the creation of Estonia’s new order. Directly addressing an earlier historiography that has sometimes portrayed dekulakization in ethnic terms (Russians versus Estonians) or as a matter of locals struggling against the imperatives of the center, Kõll demonstrates that while decision makers in Moscow made the choice to persecute local populations, 'the implementation and its consequences were on the other hand strictly local.' Participation was simply the least bad option for local Estonian administrators (many of whom were not members of the Communist Party) who had to consider the fate of their own families and thus needed to demonstrate their loyalty to the new system. For rural Estonians, the late 1940s was a time of confl icting loyalties (victims and participants were often closely related) and unpredictable outcomes. The local community 'was not united against Soviet officials; it was still negotiating the boundaries of the permissible.' According to Kõll, the story of Soviet repression in Estonia was not about evil persons and denouncements; it was about a drawn-out bureaucratic process that 'was carried out through a systematic screening of the entire population with the help of records, archives and local knowledge'. 'The face of evil,' she concludes, 'seemed to be more bureaucratic than personal'.”
Reviewed book: 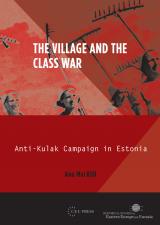