"Duty on the eastern rim of the Kingdom of Hungary was no plum assignment for a Jesuit in those days. It entailed the laborious restoration of the church in a region that was historically Catholic, for the most part. So it off ered no dazzling prospect of winning vast numbers of new souls as in the more exotic mission lands. Still, the Reformation and the Ottoman conquest and occupation had done great damage to Catholicism there that would require much hard, unglamorous work to undo. This imposed a regimen of grappling with the swarm of 'adversities'of the title—chiefly, plague, isolation, privation, and a recalcitrant populace—that yielded meager successes for the Order, apart from the spiritual gains of persevering in the Lord’s work despite stubborn obstacles. In this way, Shore argues, the Hungarian mission provides an instructive comparison with the more celebrated and colorful Jesuit enterprises across the oceans"
Reviewed book: 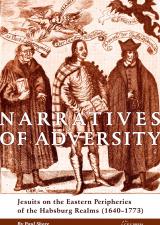