"Provides valuable insights into and understanding of the complexities of privatization. By focusing on the early phase of the process, Soos examines neither the privatization of banks, insurance companies, motorways, agricultural enterprises, small shops, restaurants, and pubs, nor such issues as poverty, health care, social welfare, and overarching social policy. Typically, during the early period of transition to a market economy, poverty is on the rise and income inequality widens, partly because of the elimination of previous enterprise and product subsidies during communism. Clearly, Soos’s approach is more descriptive than prescriptive. He describes carefully, in detail and in depth, the actual results of the survey in the context of the major literature, but he is less concerned with suggesting where we go from here, prescribing implications and policies for the next phases of the transition to market economies or formulating approaches based on the critical issues and challenges involved in the transition".
Reviewed book: 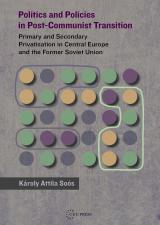