"This is the first major English-language study of the fate of the roughly twenty thousand Italian soldiers held by Soviet forces during and after the Second World War. It fills an important gap in the English-language literature on Axis prisoners in Soviet captivity, and deserves praise for painting a full picture of Italian prisoners of war (POWs) in the Soviet Union from capture to repatriation. It is a valuable resource for anyone interested in Soviet forced labor and incarceration, prisoners of war, Italians on the Eastern Front, or Italian-Soviet relations."
Reviewed book: 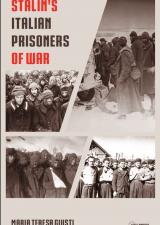