"For O’Sullivan, a former foreign correspondent who was introduced to Leigh Fermor’s writings while living in Vienna in the 1980s, it was another extraordinary element of this outsized life that seized his imagination. 'How did an unknown English youth, barely speaking schoolboy French – and farcical German – find his way into the manor houses of the Hungarian nobility?' It’s this question that O’Sullivan attempts to answer in his book, but his tapestry of meticulously researched mini-biographies offers much more."
Link to review:
https://luxurylondon.co.uk/travel/international/patrick-leigh-fermor-travel-writ…
Reviewed book: 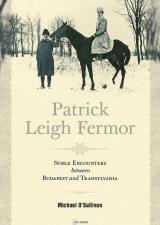