"Was there a 'spirit of the sixties'? What did Dionysian students making love, not war, in Berkeley and Paris and Berlin have in common with the hopeful of the Prague Spring? Despite the caricatures favored by critics, there was a good deal that was serious about the upheavals in the West and much ebullience in the East until it was crushed. The year 1968 can, it seems, be examined across the curtain of the Cold War. This volume emphasizes commonalities within different experiences. Throughout Europe, 1968 challenged the two main accepted versions of late industrial modernity: liberal democratic capitalism in the West and Leninist party-directed planning in the East. What made the mobilizations on both sides new was 'their attitude towards utopia with crucial consequences [for] the re-conceptualization of the political'in both East and West. If part of the emancipatory impulse of 1968 for Western youth was bringing new areas—the university, the family, sexuality— under political scrutiny, in the East, it was an effort at 'humanizing Leninism,'a project whose limits were quickly evidenced by the application of the Brezhnev Doctrine to Czechoslovakia and Poland. A major difference, of course, was that Western students often used Marx to criticize the inadequacy of their parliamentary democratic systems, while Eastern students called for parliamentary democracy as an antidote to the authoritarian rule of a party that claimed it was enacting Marxist principles. This is not the kind of rigorously edited collection that imposes a structural coherence and common set of questions upon the individual contributions, yet they do wind up engaging one another when they inquire into the causality of youth revolt and the lasting effects of the year’s events"
Link to review:
http://www.jstor.org
Reviewed book: 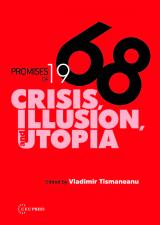