Janusz Bugajski, policy analyst, writer, and lecturer based in the United States

"The secret book distribution program to Eastern Europe funded by the CIA during the Cold War gave hope and courage to thousands of intellectuals and other dissidents. It helped to cultivate the seeds of opposition and contributed to the eventual triumph of reason over dogmatism. Alfred Reisch’s book fills in an important gap in our understanding of how the United States effectively used the “soft power” of information not only to promote democracy but to contribute to the collapse of European communism. The word indeed proved mightier than the sword."
Reviewed book: 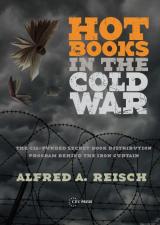