"Many revisionist historians, particularly in Eastern Europe, in the states of the former Soviet Union and in parts of Asia, doubt the significance of 1989. Some argue that even events like the fall of the Berlin Wall or the collapse of the USSR were not genuine revolutions. The clever and well-argued introduction by the co-editor of this volume, Vladimir Tismaneanu, dismisses the argument. There are some superb pieces here about the actual events of 1989, using recent archival material. Almost nobody in politics, the academy, in foreign policy think-tanks or the intelligence services predicted the revolutions of 1989, or their speed. Most pundits predicted a slow, agonizing death for communism, rather like that of the Ottoman Empire. Now of course, historians say how inevitable 1989 was, that it could not have happened any other way. Those who lived through it, or witnessed it, did not believe it was inevitable. The brave people who went on the streets of Berlin and Dresden, Prague and Sofia in their hundreds of thousands to express the power of the people, were in no position to be certain that other powerful forces, with guns, would not defeat them. In several essays here, the central role of Mikhail Gorbachev is acknowledged. Yes, We the People won. But they probably would not have done if the last Soviet leader, like his predecessors, had chosen to fight them"
Reviewed book: 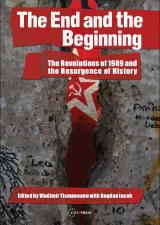