"Sakmyster wrote a highly important book on the life and political career of one of the most controversial characters in Hungarian history. The book is based on a number of new, hitherto unknown or underused primary sources, such as the unpublished oral memoirs of Pogány’s wife, Irén Czóbel, the archives of the Communist International and the Com­munist Party of the United States, and the FBI files on John Pepper. The book makes a major contribution to the study of the Hungarian civil war after the First World War and to the understanding of complicated factions within the Communist movement both in Europe and the United States. But the Communist Odyssey is, first and foremost, an enjoyable read. ..."
Reviewed book: 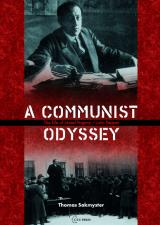