"The overthrow of communism was peaceful in the majority of Central and Eastern European countries. Most citizens of East Central Europe viewed membership in the European Community as a prized goal that will aid rapid improvement in their standards of living, seamless inclusion in the European Market, and a democratic political system. While some economic successes cannot be denied, transformation was slow and unequal. After the global financial crisis of 2008, economic liberalism became burdened with statism, paternalism and oligarchic rule; and the crony model of capitalism or elements of authoritarianism (“illiberal democracy”) reappeared. Therefore, largely, the conclusion drawn by most of the contributors for The Legacy of Division is that new curtains have appeared, but these are made of much lighter materials than the old Iron Curtain."
Link to review:
http://ahea.pitt.edu/ojs/index.php/ahea/article/viewFile/444/801
Reviewed book: 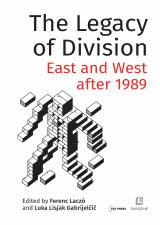