"Stefan Berger and Thomas Fetzer have assembled a team of a dozen authors to tackle the question, through a mixture of literature reviews and case studies. They rightly argue that nationalism scholars tend to focus on state power and cultural representation at the expense of economics, while economists in turn largely overlook the question of nationalism. One of the central arguments in the book is that economic nationalism should be understood as a broader phenomenon than mere protectionism—the creation of tariff and other barriers to deter foreign trade and investment."
Link to review:
http://www.h-net.org/reviews/showrev.php
Reviewed book: 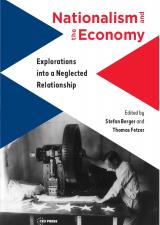