"Utopia is contextual and so is the research into the subject matter. The present work of Central European inquiries into utopia is attached to a cultural spine, that is neither Anglo-American nor too concerned with capitalism. Most of the essays convey a sharp sense of the historical transition of the region over the last century-and-a-half from feudalism and empire to fascism, communism, capitalism, and emerging and incipient democracies. Czigányik brackets the essays with an introduction and an afterword. He stresses the importance of a cross-disciplinary approach and - using Hayden White as his theoretical mainstay - gives a fair amount of space to demonstrating the interaction between literary studies and the social sciences."
Reviewed book: 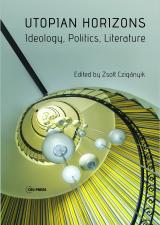