"At the core of Miller's book is what he call 'the situational approach', which he constructs as an alternative to both nationalist narratives - which typically reduce complex relationships to a simplistic opposition between imperial authority and local communities - and a regional paradigm - which often marginalises the imperial centre excessively and uncritically accepts the existence of regions as natural geographic units. Miller's situational approach compels the researcher to focus on a particular historical process - a 'situation' - and to identify on that basis the geographical scope of the problem, the specific actors involved, and the comparisons that will prove most illuminating... Miller strikes an admirable balance between the imaginative dimensions of the historical process (e.g. ideology and identity) and concrete policies and material practices that shaped the lives of subjects and statesmen in more direct ways."
Reviewed book: 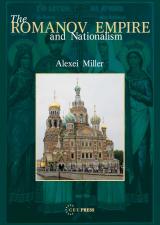