"Nation-building in Ukraine is far from complete, and it seems unlikely that the population from the southern and eastern regions of the country will ever fully internalise the Ukrainian national idea, as it is ingrained in Western Ukraine. Historians can make a vital contribution to the promotion of a common idea of national identity. As this book shows, Ukrainian historians have often strayed too far from an objective reading of history by seeking to maximally distance themselves from Soviet presentations and by allowing ideological purposes to infect their scholarly effort. Probably, these factors are part of the explanation of why the national idea has not caught on with large parts of the population. Marples’ book is an interesting case study of what happens to the discipline of history when it is suddenly set the formidable task of rewriting history and becomes inseparable from political intrigue."
Reviewed book: 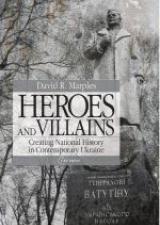