"The Pãltinis Diary... would be difficult to summarize, because it 'encapsulates the substance of a whole culture.' Further, it encapsulates a spirituality and a view of culture that have enormous weight, despite their problematic history and antecedents. The Diary is dominated by the figure of the philosopher Constantin Noica, and his project of maintaining, even in the darkest years of Ceausescu's communist dictatorship, an informal school... devoted to high culture--especially philosophy--in a remote mountain village... It is easy to see why The Pãltinis Diary invoked such a passionate response when it was published, and why for a time even photocopies of the book could fetch high prices. Anyone who reads the Diary carefully will find that Noica attained his goal of intellectually mastering the western canon, and of spiritually residing somewhere near the heart of European culture... What is one to make of such a record of peculiar place and time?... No terror is left to the slain dragon of communist dictatorship. But it is completely probable that the end of history has not arrived, and that resistance might again be called for. Might we not, one day, stare into the 'cosmic night' of total technocracy?... But there is another side of Pãltinis. The Diary offers a very appealing vision of mutuality and companionship, and devotion to scholarship and ideas, in a moral setting created and reinforced by the conditions of political tyranny... This edition begins with an important, critical introductory essay by Sorin Antohi, professor of history at the Central European University in Budapest, and editor of the series in which this volume appears. Antohi offers an erudite introduction to the milieu of Pãltinis, its historical antecedents, and the cultural context of Noica's thought. The translation by James Christian Brown seems clear and convincing, and the book features a wonderful glossary of Romanian scholars and thinkers."
Reviewed book: 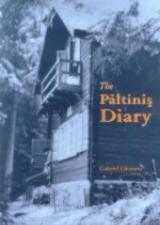