"Brings together a number of prominent historians to investigate the nature of relations between developed areas or nations and those that are under-developed or emerging. The editors invited scholars with an impressive record of research on various aspects of development to refl ect on the concepts of core and periphery in order to forge new analytical tools to investigate the history of globalisation. The essays include interesting details on the history of dependency theory, provide an overview of some of the disputes on the role of individual factors in spurring or hindering industrialisation and sustained development, and many of the contributions, if not all, also summarise past research achievements and make some very interesting observations or speculations on the implications of a particular argument along the way."
Reviewed book: 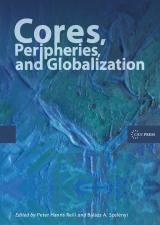