"This volume is a monumental undertaking. For that and for his valuable introduction to the volume, the editor deserves a great deal of credit. His attention to the ambiguous relationship between liberalism and nationalism is the historically appropriate approach. Generally, during the first half of the nineteenth century, liberalism and nationalism were mutually reinforcing; but by the second half of the century--and increasingly by the twentieth century--the concept of national unity could and did come into conflict with the liberal idea of pluralism, as did nationalist exclusivity with the idea of liberal tolerance. At the same time, the relationship between liberalism and nationalism was, by its very ambiguity, replete with bewildering variations and subtle nuances; and the rich and diverse material of the essays in the book seems to prove this point"
Reviewed book: 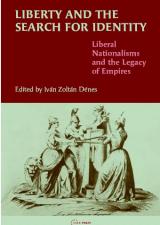