"A scholar of religion in Eastern Europe, Berglund digs deeply into the personal stories of individuals, famous and less famous, involved with state building and cultural production in the 1920s. We meet a group of politicians, intellectuals, architects, writers, and activists whose public associations with nationalism and secularism hid profound religious inclinations that influenced their actions and thinking. This book is a pleasure to read and a rare opportunity to grasp an intellectual moment in history so intimately. Berglund uses his wealth of sources to nuance his interpretations in ways that make the book and its arguments of interest to all scholars of interwar central European culture and politics."
Reviewed book: 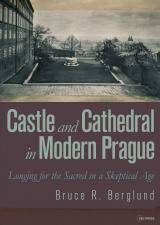