"Of the various dimensions of the 'European project,' the role of religion is one of the more controversial. East European religious traditions are often at odds with those in Western Europe, with lagging modernity and the fifty-year crucible of Communism cited as explanations for the asymmetries. Its borderland function and the challenges posed by European Union enlargement further heighten the relevance of these differences. The present volume aims to enhance the understanding of this religious legacy in Eastern Europe, with some tentative implication for Europe as a whole. The high standard of historical scholarship, the variety of cases, and its interdisciplinary emphasis make the volume quite rewarding for the academic and lay reader alike."
Reviewed book: 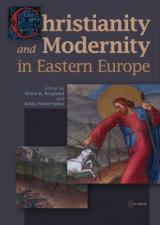