With rare eloquence and integrity, Chris Hann has formulated a coherent (non-Eurocentric, plebeian and Polanyian) intellectual and moral-political perspective from which to view the consolidation of the neoliberal era in Central and Eastern Europe. Karl Polanyi prophesied that the imposition of “free markets” would risk “opening the door to the reintroduction of a crazy nationalism" (in Universal Capitalism or Regional Planning, 1945). While confirming Polanyi’s classic argument of the “countermovement,” Hann urges avoidance of the all too easy political and moral contempt expressed by local and global elite groups for the masses that have been pushed into a new dystopia. For this, not only critical scholars but also the inhabitants of places like Tázlár and Kiskunhalas owe Chris Hann a lot.
Reviewed book: 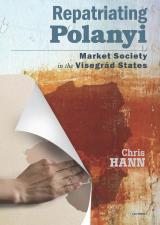