"The multidisciplinary and interdisciplinary approach adopted by Gardikas’s study is a strength. Expertly bridging the natural and social sciences and operating within a proper historical context, the central question of this study, as stated in the introduction, 'is how malaria interacted with the new social and economic realities that emerged in Greece after independence.' The quality of the microlevel analysis and the sensitivity to the complexity, diversity, and variability of local conditions (climatic, ecological, geographic, and socioeconomic) is one of the most impressive features of this book. Gardikas’s work effectively demonstrates the centrality of malaria in the story of modern Greece and provides further evidence of disease as a central feature of the human experience, both historically and today."
Reviewed book: 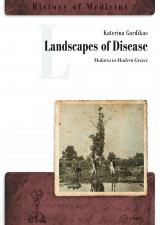