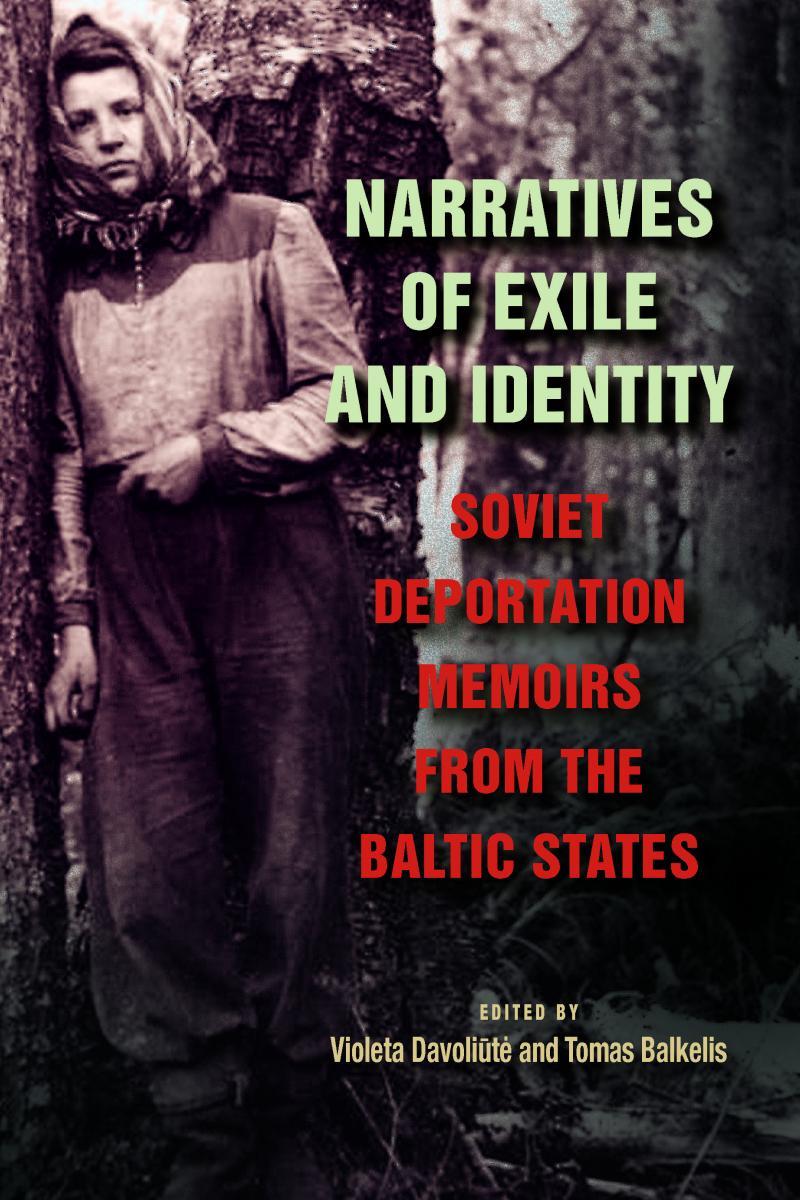 LATVIAN THEMES ACROSS A VARIETY OF CEU PRESS PUBLICATIONS

This compilation features books of the Central European University Press, published since its establishment in 1993, that have some relevance to Latvia, its history and culture. After the latest release, titles in the backlist are arranged by content: contemporary topics are on top, older themes below. For more substantial information about the content and availability, please click on the covers of the book, or on the links inserted into the citations.

“In 1902, the Ministry of Finance asked for permission to use the Estonian and Latvian languages in lectures on anti-alcoholism for the people (narodnye chtenia).”—as the Russian Empire was challenged by modern nationalism.
“The revolutionaries had burned down ‘almost all manors,’ dissolved government institutions, and took portraits of the tsar off the walls in the offices of Hasenpoth (Latvian: Aizpute) District in the province of Kurland. In the north of the District, usurpers proclaimed a ‘Latvian Republic’ and took weapons from a Finnish (!) ship.”
“The Latvians were fighting against Germans who were loyal to the empire, while the Lithuanians were fighting Poles, who were disloyal to the emperor, and who had proven their disloyalty both in the past and the present.”
“Vysotskii and the Riga chief of police Nikolai Balabin predicted that the ‘artificially bred’ Estonian and Latvian cultures are ‘doomed to die slowly’; these cultures had to be replaced with Russian culture, a process that might be accelerated with state interference.”

“The deportations of June 1941 came to define Soviet rule in Latvian memory.  They strongly influenced the Latvian response to the Nazi invasion less than a fortnight later. The Nazi propaganda machine deftly exploited the deportations to craft a narrative of Soviet occupation and repression that falsely identified the bulk of the Jewish population of Latvia with the Soviet perpetrators.”
A book on Soviet deportation memoirs from the Baltic States.
“By mid-1945 the population of Latvia was reduced from a prewar total of two million to about 1.4 million.”
“Our train doors were opened to give us food. The people started questioning the guards who we were and where we were from. The guards told them that we were fascists from the Baltics. The crowd attacked us with stones and demanded the guards hand us over to be tried, to allow us to be killed.”
“In both practices and representations, the Museum of Latvian Occupation is far less accepting of the Baltic nationalist dogma than its Estonian cousin.”

“What will be the common denominator between Klaipeda, Riga, Tallinn, Kaliningrad, and St. Petersburg in the new epoch? Will the Baltic States come closer to the Nordic states, or will they remain a border region in which contrasting Eastern and Western European conceptions of politics and public life continue to fight it out amongst themselves?”
Questions in the essay in the volume that surveys how post-communist countries come to terms with traumatic pasts.
“Catholic Lithuania is much more of an East-Central European nation than Lutheran Latvia and Estonia. Latvia is inseparable from major German and Swedish influences, and Estonia from Swedish and Danish, not to mention its close cultural ties with Finland. Lithuania is an old polity with a strong presence in medieval and Renaissance Europe. Latvia and Estonia emerged as new political actors in the twentieth century.”
“All three sought strength and inspiration in their ancient languages and cultures. All have a strong Romantic element in their historical memory and self-perception. Last but not least, all benefited from emigres and their role in politics and culture.”

“Ekman and Linde conclude that the Baltic states compose a distinct group because their societies’ level of nostalgia is remarkably low and increased only minimally since 1995. In this context, Latvia, with an increase from 7 to 11%, turns out to be the regional leader… In 2004 not only Czechs and Latvians considered their personal economic situation more favorable than during state socialism, but also Slovenes and Romanians. All others considered it to be worse.”
“Troebst developed a typology of the different modes of how dictatorship is remembered in Eastern Europe and also came up with four categories: (1) society-wide anticommunist consensus (Estonia, Latvia, Lithuania, Slovakia, Croatia, Kosovo)… Goehrke divided this portion of the continent into four country groups based on their speed of transformation: (1) The ‘leader’ East-Central Europe: Czech Republic, Estonia, Poland, Hungary, and Slovenia, (2) the East-Central European laggards of the transformation process: Latvia, Lithuania, and Slovakia…”

Gorbachev suggested 'to buy' the Balts by offering more economic incentives. Prime Minister Ryzhkov exploded: "What should we do? If we introduce a common free market between insolated republics, chaos would emerge." This is cited from the latest attempt at a fresh interpretation of the contexts, meanings, and consequences of the revolutions of 1989.

Gorbachev: If separatism would become dominant, that would be dramatic. We lived together for fifty years, we are integrated. Fifty percent of Estonia are Russians, over 50% percent of Latvians are now Russian. In the Ukraine, 50 million are non-Ukrainian. Kazakhs are only 30% of the population. Our country is that way and separatism brings out strong feelings by people. December, 1989
Face to face conversations of superpower leaders on a thousand pages.
The volume matches the seminal CEU Press title on the collapse of the Soviet domination (quotes at bottom).
Bush: As you know, the United States had never recognized inclusion of those republics into the USSR. And although I did not mention this issue in my speech, I hope that you understand that we have many people of Baltic origin in the United States and we hope that you will be able to ensure orderly progress in the process of self-determination. November, 1990
Gorbachev: I reminded Yeltsin: you were the first to recognize the Baltic States, you signed agreements with them that ensured the protection of civil rights. And what’s the result? Latvia and other republics are passing citizenship laws that essentially create a category of second-class citizens. Who are these people? Russians. This is the work of the democrats that you spent decades fighting for. December, 1991

"Don't you remember those first years of independence? That was a time when one could imagine that the door to success was open; a new life would start." So goes a quote from an oral history interview in the book on family life and childhood in Soviet times and in post-Soviet Latvia (and some other places). Life stories demonstrate how Sovietization was met with negative sentiments and resistance in everyday life. And how conservative restoration of family law lives side by side with increasing number of children born out of wedlock.

In defiance to the rigid Soviet postal censorship, the Baltic countries were also involved in the huge book distribution program of the CIA that reached hundreds of thousand East-Europeans and involved a broad network of institutional and private supporters in the west. The broad offer (225 titles sent to Latvian addresses before 1960) included exile authors like Eglitis, Cask, Jegens, Jurevics, Karklins, Niedra, and Zeltinš. (This book relates to an earlier analysis of the impact of cold war broadcasting, Radio Free Europe and the Voice of America.)

“German-language education was popular among Latvian Jews. In 1923, 15 percent of students in Latvian German schools were Jewish. In contrast to Estonian Jews, Latvian Jews often used German as a language of communication.”
The history is Estonian Jews is told by repeatedly referring to neighboring Latvia.
“Latvian Jews received cultural autonomy in 1920 and enjoyed it uninterruptedly throughout the period of independence. However, the Latvian model of cultural autonomy only covered educational institutions.”
“Insomuch as the German forces only captured continental Estonia by August, the time factor was less decisive for local Jews than it was for their coreligionists fleeing Latvia. In Valga, on the border with Latvia, a string of yellow Riga buses carrying Jewish refugees from Latvia passed through the area between July 1 and 7.“
“The occupation authorities used the trope of ‘Judeobolshevism’ to argue that the Soviet regime was essentially controlled by a world Jewish conspiracy. This type of propaganda fell on fertile soil and was responsible for the wave of anti-Jewish violence from Latvia in the north.”

With eight anecdotal tales Jānis Ezeriņš figures in the CEU Press classics series. The master of the psychological short story expresses the atmosphere of the earliest years of independent Latvia. The plots of the eight stories in the volume meld comedy and tragedy to demonstrate how human life is dependent on fateful coincidences.

“Even if the interior arrangement of rooms conformed to late 19th-century conventions, the exterior decorative programs were consummately inventive and original. The most extensive Jugendstil quarter anywhere was designed for the commercial and professional elite by M.O. Eisenstein (1867–1921)”. Metropolitan aspirations of Riga were analyzed alongside those of Athens, Helsinki, Kaunas, Kiev, Moscow, Sofia, St. Petersburg, Tallinn, Vilnius, Warsaw, and Zagreb. By the effects of the worldwide recession, in the 1930s the political and cultural landscape drifted increasingly toward authoritarianism and rationalization of the arts, the rise of extremist intolerance, a general hostility toward cultural experimentation, and a significantly lowered level of expectation proved discouraging of the progressive styles and programs that had given rise to a remarkable modernist architecture in Riga.

“After the unification of Germany, the Romanov Empire, acknowledging the danger of German claims over the Baltic littoral as national territory, promoted weak Latvian and Estonian nationalisms in order to undermine the domination of Baltic Germans.”
“The authorities used language politics as an instrument of shaping identity and loyalty of the imperial subjects. In some cases (forbidding the use of the Latin alphabet for Lithuanian and Latvian language in areas with a Polish gentry presence) the primary goal was to promote de-Polonization.”
“Pestel separated the peoples of the empire into two groups. First he designated the ‘minute variations of the indigenous Russian people.’ Then he lumped together all the others as Finnish, Latvian, Moldavian, and Tatar ‘tribes,’ the Caucasian, Siberian, nomadic and Jewish ‘peoples’ followed by Cossacks, colonists, and foreigners.”
“Without idealizing the ethnic, religious, and social multiplicities in cities such as Czernowitz, Riga, or Thessaloniki, it was never inevitable that such multilayered structures were doomed to violent disintegration. In Riga, the later tensions and conflicts between German, Russians, Latvians, and Jews had been successfully defused over a long period of the later half of the 19th century.”

"Skrej ārā tik ātri, kā tu ienāci; ja tiepsies, saukšu perkonu, kas tevi spers pār vara setu un iespers beidzot tais zemes dzilumos". Fly away as fast as you came, and if you resist, I shall cry to Perkons, who will strike at you across the copper fence and will beat you down right to the depths of the Earth. This popular charm against rabies is from the book that discusses Baltic and Slavic charm parallels as survivals of a common tradition.
Another charm against snakebite: "Dievs tevi strāpes, perkons tevi nospers un zibsnis tavi sadedzinās". God will axe you, Perkons will crash you with thunder, and lightning will burn you down.

Latvian themes abound in a number of more books on the backlist of the Press: