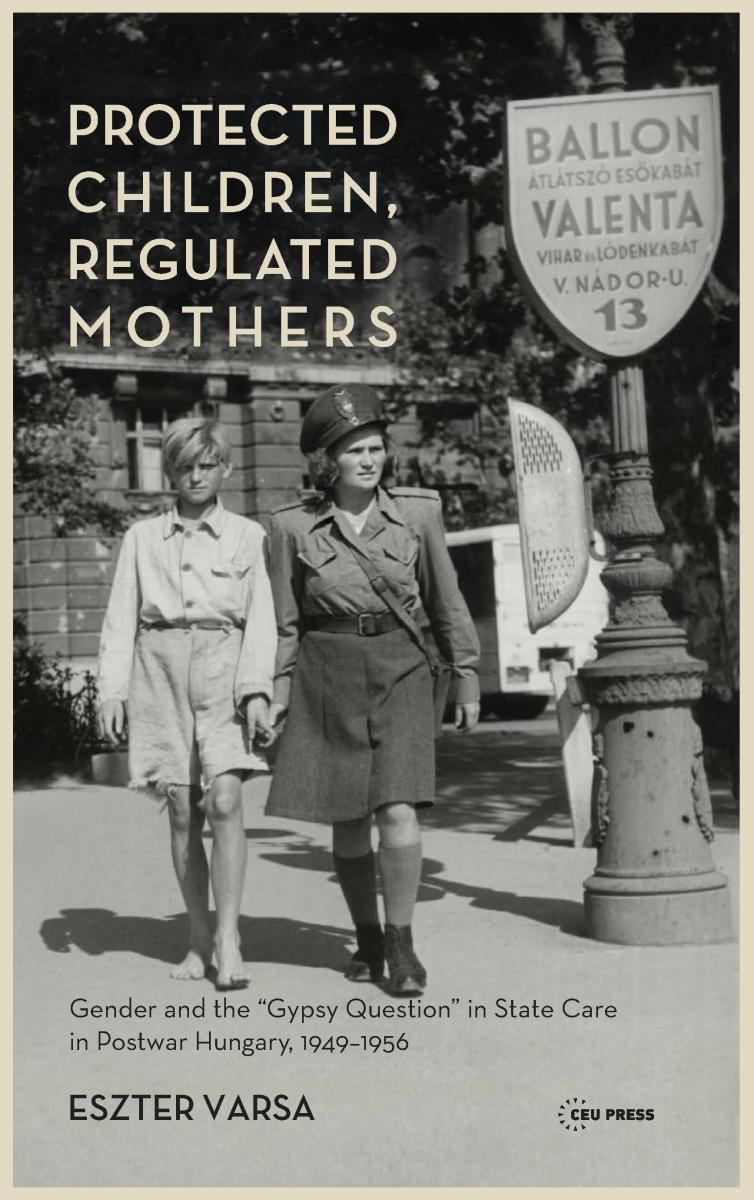 ISSUES OF HEALTH, MEDICINE, AND SOCIAL CARE ACROSS A VARIETY OF CEU PRESS PUBLICATIONS

This compilation features books of the Central European University Press, published since its establishment in 1993, that have some relevance to health and medicine in a historical dimension. After the latest release, titles in the backlist are arranged by content: contemporary topics are on top, older themes below. For more substantial information about the content and availability, please click on the covers of the book, or on the links inserted into the citations.

“The education of children in state care represented continuity rather than discontinuity with earlier models of reform and reformatory education. The rise into power of the communist party actually meant that it might be possible to realize these pedagogical ideals.”– from Protected Children, Regulated Mothers
“Representatives of the child protection system regarded the proper shaping of Romani mothers’ parenting habits as a significant step towards the disappearance of work-shyness among Roma and thus their successful assimilation into Hungarian society.”
“The so-called Family Act of 1952 brought about significant changes concerning women’s equality in the areas of marriage, family, and guardianship. It erased patriarchal family patterns by instituting marriage as the equal partnership of ‘two working people,’ and it ended discrimination against women regarding property ownership, divorce procedures, and child custody. Importantly, it gave equal rights to children born out of wedlock.”

“By the first decades of the 20th century, psychiatrists invaded the private spheres of ordinary families. Their task now was to intervene in solving grave social problems, such as alcoholism, pauperism, prostitution, syphilis, sexual perversion, and insanity.”—from Psychology and Politics
“Since the 1869 beginning of the Kazan District Hospital, all patients were allowed to wear casual, everyday clothes as the first rule of the non-restraint regime. Usual hospital uniforms such as striped gowns, caps, large caps, etc. were abolished.”
“Military health authorities accepted the idea that psychoanalysis may be attempted as a final treatment method in such cases of traumatic neuroses where patients had already shown resistance to other methods.”
“Ferenczi felt threatened by the plans of the Hungarian Soviet Republic to nationalize the whole health system and to deprive doctors of their private praxis as the basis of their existence.”

Books appearing in the series of CEU Press Studies in the History of Medicine:

Other titles on health issues and the history of medicine from CEU Press backlist (for more, click here):

“The emergence of national insurance systems deeply shaped the experience of wage labor. Firstly, workers’ compensation following a work accident came to be grasped through the notion of occupational hazard, which automatically entitled the disabled worker to a certain amount of money. Secondly, medical expertise turned into the cornerstone of the labor market: medical certificates mediated not only the distribution of sickness benefits and medical leave, but also the right to disability pensions and various forms of medical assistance.”—from Labor in State-Socialist Europe
“At factory level the budget for work accidents was regularly overstretched. When money ran out, medical doctors preferred to register injured workers as simply sick, hiding the real causes of their absenteeism and thus avoiding their payment.”
“A 1959 survey reported that women needed one and a half hours for shopping, two hours for cleaning, one and a half hours for washing, one and a half hours for cooking, and three hours for childcare every day.”

“The Six-Year Plan was an enormous endeavor aiming at the ‘productivization’ of over a million women. Changes were introduced in legislation concerning labor protection (for example, the ban on employing women on night shifts and underground was abolished). The division into male and female professions was abandoned, and the care and service sector was expanded through opening up new nurseries, kindergartens, cafeterias, and laundries.”—from Reassessing Communism
“Film chronicles had a clear negative point of reference: the prewar times. These depictions were composed of abject poverty, social inequalities, social stratification and exclusion, homelessness, hunger, lack of healthcare, a state that acted against its society.”
“The new marital, family, and guardianship laws adopted in 1946 abolished legal differences between children born to married couples and out of wedlock. Both mother and child could now petition for the establishment of paternity and thus demand child support.”

“In the medical discourse of the early 20th century school was pointed to as a dangerous place not only for children, but also for the future of the nation. Mental fatigue, the unhygienic condition of most school buildings and the high number of students that carried the bacillus of tuberculosis were considered the most important risks for the degeneration of youth.”—from a book on child health and welfare in Greece.
“The central place reserved for the child in the state social policy became more evident in the interwar period. This happened for two reasons: firstly, population policy became more important and was linked with policy on family and births; and secondly, youth occupied a more prominent place in different political ideologies.”

A study of the process of medical professionalization in late imperial Russia; a monograph on the social policies, child protection and health insurance in Hungary under the Habsburg Monarchy; and a book on tourism in communist Yugoslavia: “workers were expected to feel physically better after their holiday and to a positive attitude about their health.”

“The Romanian peasant fasts for half of the days of the year; and what does he fast on? Boiled vegetables and mămăligă: a diet based on vegetables especially designed to deprive the body of its strength and mortify it!”—from a monograph on health conditions in the Romanian Old Kingdom.
“The peasant does not receive assistance either in illness, or at birth. Those who believe that the peasant is so dull-witted as to reject the doctor’s superior knowledge, or that the peasant woman ‘does not trust’ those who could enlighten her, are wrong.”