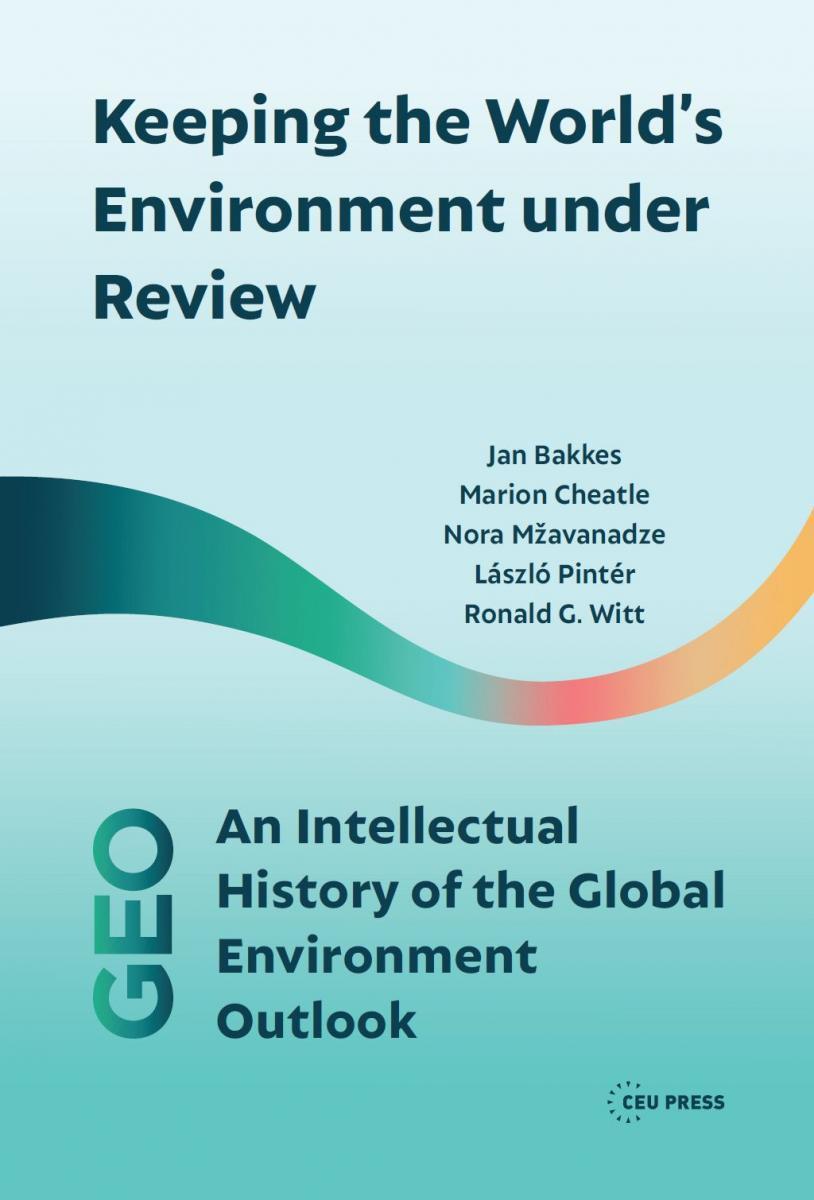 ENVIRONMENTAL ISSUES ACROSS A VARIETY OF CEU PRESS PUBLICATIONS

This compilation features books of the Central European University Press, published since its establishment in 1993, that have some ecological relevance. For more substantial information about the content and availability, please click on the links inserted into the citations.

“The Global Environment Outlook (GEO) has been the flagship publication of the United Nations Environment Programme (UNEP) since the mid-1990s. It is the most comprehensive, regular review of the state and trends of the global environment.”—Keeping the World's Environment under Review.
“This book covers the evolution of the GEO processes and products over approximately 30 years, from experimental pieces in the early 1990s through to the recent GEO-6.”
“In 1997, by the time GEO-1 was published, no one foresaw the major influence it would have on many environmental assessment processes around the world, down to the national and even local scale, or the diversity of support tools and spin-off products that have been associated with GEO over the past 25 years.”
“On balance, GEO has certainly helped raise the visibility of the environment for international policymaking circles and has successfully enriched the baseline against which international and national efforts to reduce environmental deterioration are measured.”

“The Soviet Union neglected the environment when it rushed to industrialize and keep pace with the arms race. It neglected Ukraine especially. The country’s industrial cities and mining regions were developed without much thought about residents’ quality of life or the local environment.”—Along Ukraine's River.
“One can excuse Ukraine for prioritizing the Chornobyl clean up over other environmental projects, but there has been time and opportunity to do more with the river than has been done.”
"Cybriwsky’s book is a passionate plea for a sound environmental policy, ecological education, and development of tourism on and around the river, which is so wonderfully positioned to show off the country’s scenery, history, culture, and cities. He is confident that Ukraine’s professed European course cannot be achieved without adopting European standards of air and water quality, recycling, pollution control, and responsible ecological behavior. Restoring the river should become a national crusade.”—Transitions Online.

“Malaria, the disease of bad airs and poisonous emanations from swamps, was the environmental disease par ex¬cellence.”—Landscapes of Disease.
“British, French, and Spanish military strategists had become aware of the sanitary effects of foreign ‘climates’ on their invasion and de¬fense plans. This environmentalist approach also had a strong climatologi¬cal component.”
“After 1898, malaria control in Europe and the colonial tropics entered a new, optimistic era. Often driven by the scientific nationalism of competing empires, scientists and public health practitioners generated innovative strategies that involved both environmental and public health measures.”
“Since its drainage, Lake Karla in Thessaly has been a per¬sistent problem for ecological management.”
“Before the advent of DDT, the preference to use quinine to control malaria presented a modern, ‘scientific’ alternative to mosquito control, which would have been a far more costly environmental approach.”

“The comparative study of Central European neo-avant-garde artists’ engagement with ecology is at stake in this book.”—The Green Bloc.
“Many artists from Central Europe came to the ecological paradigm through their interest in Eastern philosophy and the alternative lifestyles propagated by counterculture. At the same time, they took on a significant role of spreading green thinking through grassroots channels, such as circulating samizdat editions.”
“Slovak conceptual artist Rudolf Sikora, in the early 1970s dealt with ecological issues in his work; Pecs Workshop’s land art had points of connection with the Prague artist Petr Štembera.”
“Fowkes writes that the attitudes and approaches to the environment of the young generation of Central European artists were synchronous with other artistic impulses from around the globe which voiced unprecedented awareness of the looming ecological crisis.”—AM Journal.

Other titles from CEU Press backlist, with reference to the environment:

Gorbachev: “About the problem of resources, water, the environment, demographic processes that could lead to a doubling of the Earth’s population in 30–50 years. The question arises: what role should our countries play, considering these realities, tendencies, and rocesses?”—Gorbachev and Bush.

Slavic Review: “In this book, Richard Filčák expertly adds another layer to the discussion of the Roma’s worsening welfare by examining the environmental hazards threatening Romani communities in eastern Slovakia.”—Living Beyond the Pale.

American Historical Review: "The book's most important contribution is its thorough and systematic overview of climatic changes, year by year, and their impact on the performance of Russian and Soviet agriculture."— Climate Dependence and Food Problems in Russia.

The comparative assessment of the environmental situation in19 countries from Armenia through Ukraine, dated from 2000, has more and more historical significance.—Environmental Assessment in Countries in Transition.