Nenad Miščević, Director of the Doctoral Support Program in Nationalism Studies at the Central European University, is a member of the Steering Committee of the European Society for Analytic Philosophy, of which he was president until 1999. He has lectured as invited professor at various universities including CREA in Paris, the Institute for International Studies in Geneva, the Institute of Federalism in Fribourg, as well as at the universities of Memphis, Graz (Austria) and Karlovy Vary (Czech Republic). 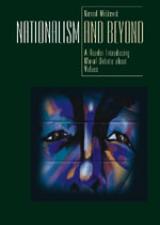