Katalin Szende is associate professor at the Department of Medieval Studies, CEU. She graduated in history, archaeology and Latin philology, and her area of specialization is medieval towns in the Carpathian Basin, especially their topography, society, demography, literacy, and everyday life. She is co-editor and author of Segregation—Integration—Assimilation: Religious and Ethnic Groups in the Medieval Towns of Eastern and Central Europe (Farnham: Ashgate, 2009) and Generations in Towns: Succession and Success in Pre-Industrial Urban Societies (Newcastle: Cambridge Scholars Press, 2009).
She is the member representing Hungary in the Commission International Pour l’Histoire des Villes. 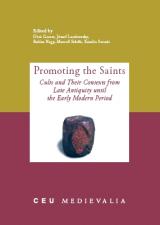