Hanna Diskin has been involved in teaching and research at the Department of Political Science, the Hebrew University of Jerusalem; the Institute of Soviet & East European Studies and the Centre for Research on Canadian-Russian Relations, Carleton University, Ottawa; as well as several other institutions. Since the late 1970s she has focused on the opposition movement in Poland, Hungary, and Czechoslovakia. She is currently specializing in European integration in the post-1989 period. 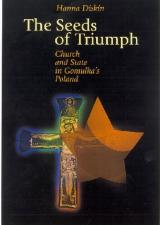