Alfred J. Rieber has been teaching and writing Russian and Soviet history for more than fifty years. He was a participant in the first year of the Soviet-American cultural exchange in 1958-59 and has returned to the Soviet Union and Russia many times to lecture and conduct archival research. He began teaching at Northwestern and then moved to the University of Pennsylvania where he taught for twenty–five years and chaired the History Department for ten years, now holding the title of Professor Emeritus. For the past twenty-two years he has taught at Central European University (CEU) in Budapest, Hungary where he was also chair of the History Department for four years, and upon retirement was elected by the university Senate as University Professor Emeritus. He has been a visiting professor at the University of Chicago and Columbia University. In 1966 he was awarded the E. Harris Harbison Prize of the Danforth Foundation as one of the ten best teachers in the U.S. 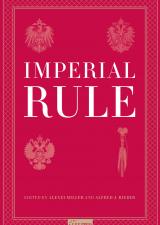