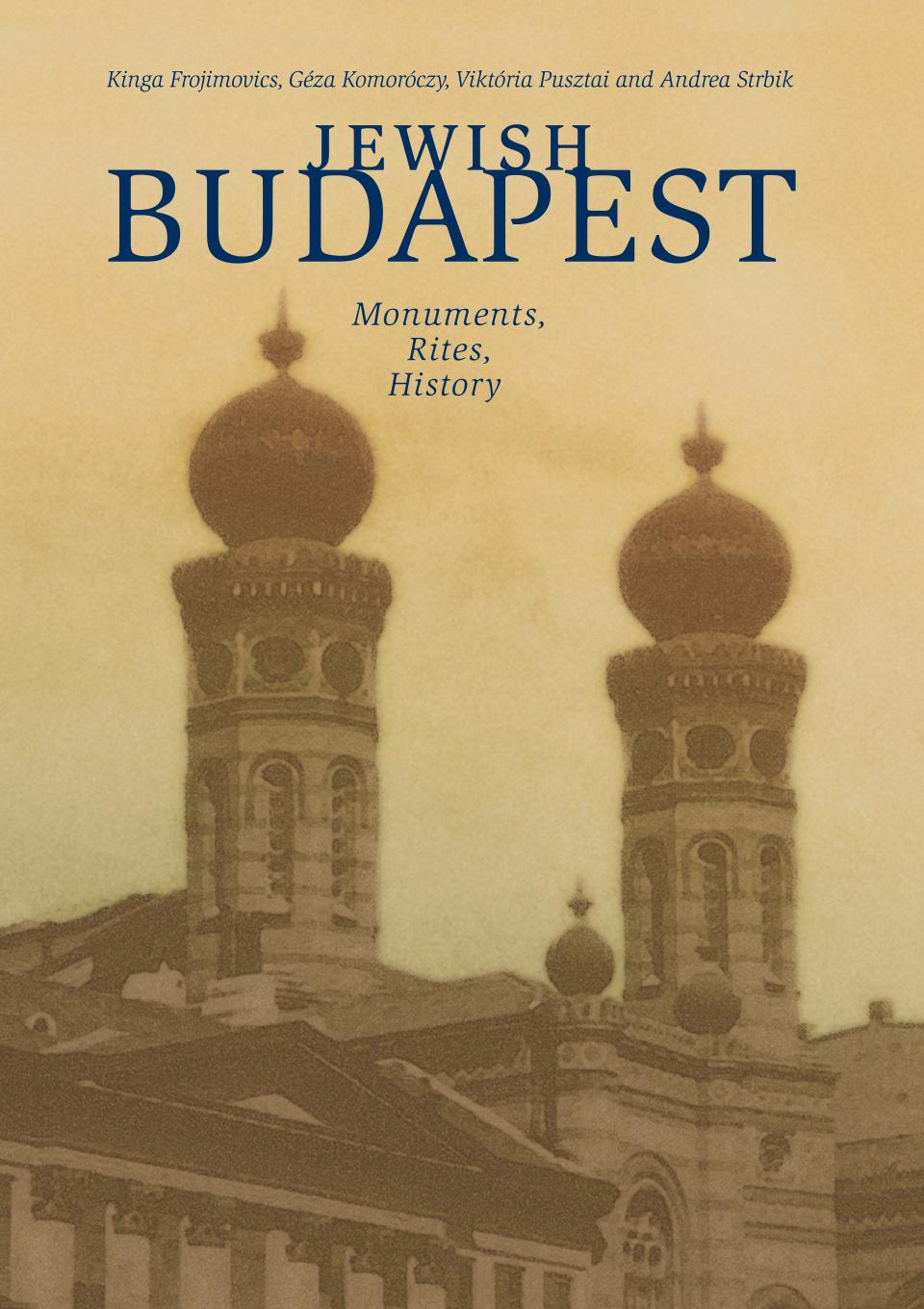 As a painting by Chagall unfolds layer upon layer when viewed carefully, so does the city in Jewish Budapest. Neither a guidebook or a history in the traditional sense, this book is about the Jewish face of Budapest from medieval times to the present. To get the broadest possible perspective, this book is not only about the Hungarian capital as a Jewish city but, as befits a cosmopolitan metropolis, delves into its myriad elements. There was and is, as Jewish Budapest strikingly reveals, a Roman and a Greek – Catholic Budapest, a Lutheran and a Calvinist Budapest, a German, a Serbian and a Gypsy Budapest. All these are brought into play as backdrop to the main narrative about the history of Jews in Buda, Obuda, and Pest. Past and present Jewish life as an organic part of the life of the Hungarian capital Budapest – be it memory or living reality.

Richly illustrated with wonderfully evocative literary line drawings and photos, the book includes a lavish, full-colour section of artwork that enhances the text. Here is a book at once personal and universal. It is about everyday Jewish life, the humor, the pathos, the human condition, which is the same or very similar anywhere in the Diaspora. Every image and incident, every happening is filtered through the strong sensibilities of the key citizens of the city throughout the past few centuries. Remarkable citizens personified by the likes of Theodor Herzl and Joseph Pulitzer.

The city is itself the central character of this book. The authors write only about those parts where there is a story to tell. They talk about places where history is still visible, where it can be located, where its traces still exist, where it can be tasted, savoured, and where it surrounds us as part of life in Budapest today.

Jewish Budapest amasses huge amounts of lore about the city, its monuments and relics, its language and scholarship, its cultural heart, and its intellectual core. Jewish Budapest proceeds according to the chronological sequence of the birth of the Jewish quarters in the city, focusing on patterns of settlement and occupation, and demography, and unfolds finally into a vision of the future of Jewish life in this remarkably vibrant, venerable city.

The book includes a section of detailed comments on the illustrations with an explanation of the abbreviations throughout as well as a bibliography, an index of personal names, an index of cities and towns, and an index of Budapest street addresses.

Part 8: The Israelite parish of Pest

Part 11: The neighbours of the parish of Pest

"This book will delight the historian, armchair traveler, and student of Jewish history alike.... The rich variety of photographs, maps, and drawings make lore and history come alive. Encyclopedic in scope and detail, this volume will certainly become the basic English text on the Jews of Budapest (and Hungary)."

"Unlike most-works concerning Jewish Budapest, which have taken approach, this work also introduces the Jewish elements and traces which still exist still today in Budapest. The work is an immense archival undertaking by the Center of Jewish Studies at the Hungarian Academy of Sciences, one volume of a series that will deal with East-Central European society. The history of the Jews in Buda, Obuda (Old Buda), and Pest is well integrated with modern observations, showing readers the entire spectrum of Jewish life from the ancient times to the modern day."