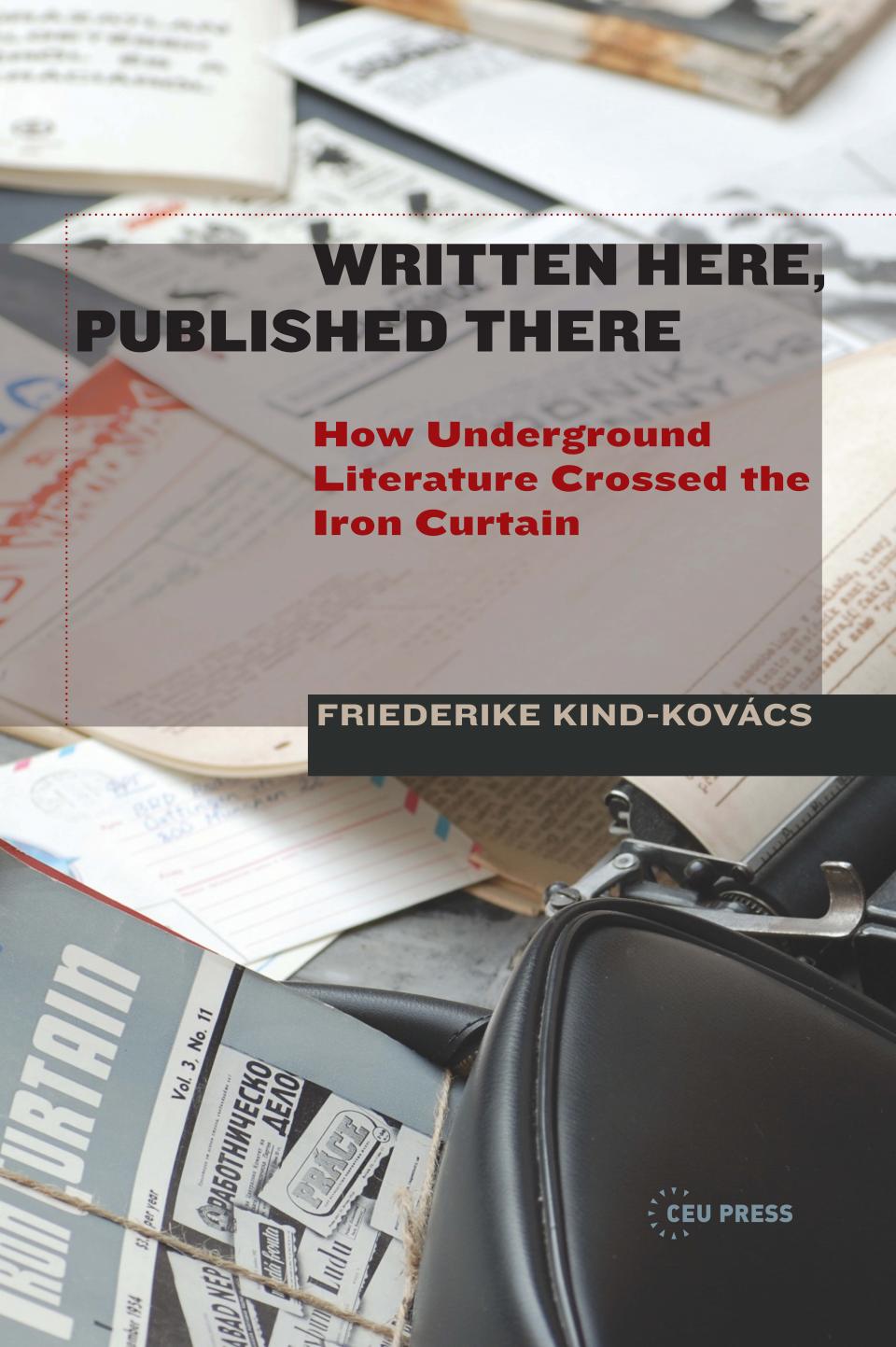 Written Here, Published There offers a new perspective on the role of underground literature in the Cold War and challenges us to recognize gaps in the Iron Curtain. The book identifies a transnational undertaking that reinforced détente, dialogue, and cultural transfer, and thus counterbalanced the persistent belief in Europe’s irreversible division. It analyzes a cultural practice that attracted extensive attention during the Cold War but has largely been ignored in recent scholarship: tamizdat, or the unauthorized migration of underground literature across the Iron Curtain. Through this cultural practice, I offer a new reading of Cold War Europe’s history . Investigating the transfer of underground literature from the ‘Other Europe’ to Western Europe, the United States, and back illuminates the intertwined fabrics of Cold War literary cultures. Perceiving tamizdat as both a literary and a social phenomenon, the book focuses on how individuals participated in this border-crossing activity and used secretive channels to guarantee the free flow of literature.

The study stretches from the early literary scandals in Soviet Russia and the human rights movement’s contribution to an increased flow of ideas and information, to intellectual debates on the future of (Central) Europe in the 1980s. Based on extensive archival research, oral history interviews, and contemporary literature, the book deciphers the individual motivations and contributions that allowed literature to penetrate the Iron Curtain. The image that emerges of this largely unknown cultural encounter transcends continuing perceptions of the artificial East-West divide, revealing that tamizdatcontributed to the recreation of a transnational literary community.

Epilogue: Beyond the Literary Cold War

"The book is at its strongest when it shows how the world of tamizdat created a shared lived experience that linked people on both sides of the Iron Curtain...In the end, Kind-Kovács argues, tamizdat helped to create a united European literary community, albeit one that was paradoxically dependent on Europe's division. To write its history, the author committed herself to writing a history that itself transcended boundaries. Written Here, Published There ignores national borders to focus instead on a protean group of writers, readers, editors, translators, and publishers that refused to be limited by their physical separation and inability to travel freely. This community had many differences of opinion, yet managed to sustain a conversation even across the Iron Curtain."

"This monograph is an encyclopedic yet well-structured and insightful account of one of the most surprising last kicks of the Gutenberg era (that is, of the by now foregone, relatively brief period of history when exchange of thoughts via paper-based mechanical multiplication had a crucial effect on culture and politics). Kind-Kovács' subject is the international communication technology of dissident intellectuals and movements in the Soviet Union and the Soviet-dominated Central-European countries in the last decades before the collapse of these regimes and their pervasive censorship systems. She examines the ways dissident writers had their manuscripts smuggled through the Iron Curtain and published in the West, acquire global attention or at least that of their Western colleagues, and finally get both printed copies and the news of their work smuggled back into their countries. These activities bore the name tamizdat, an ironic under-statement abbreviation that in Russian... more

"Written Here, Published There tells a sometimes deeply compelling story, advances knowledge of transnational literary publishing and interactions, and should encourage further study. The book is most successful in those sections grounded in original research and interviews that deal directly with the deeply engaging story of the origins and production of tamizdat, as well as the interaction of Western intellectuals with their Central and Eastern European counterparts. Its chief archival resources are the materials of Radio Free Europe/Radio Liberty in several locations, including the Hoover Institution and the Open Society Archives in Budapest; in addition, the author uses materials associated with publications and human rights groups. The oral history includes interviews with former dissidents (primarily Hungarian) as well as with the Western sympathizers and diplomats who were instrumental in the publication of their work. The details of how Radio Free Europe/Radio Liberty... more

"Kind-Kovács fills the gaps left by previous treatments of tamizdat by detailing the activities of women in various aspects of tamizdat production. While during the Cold War men involved in the literary underground were the primary focus of the Western media, women too played significant roles in the production of samizdat/tamizdat as writers, chroniclers, binders, punblishers, and in the establishment of a 'transnational women's movement.' Written Here, Published There is informative, insightful, and thouroughly researched, and brings virtually all aspects of tamizdat publication and the challenges faced by non-conformist writers of the Soviet Bloc into one volume."

"Friederike Kind-Kovács resists heroicizing the phenomenon and its protagonists. She provides realistic context for the passions and debates that animated the transnational exchange of literary and other works across the political divide separating east and west. At the same time, Kind-Kovács argues convincingly that tamizdat challenged such a divide. Kind-Kovács argues that these eff orts to penetrate the Iron Curtain in part pioneered a new imagined European unity, a community of letters transcending political divisions, even as it encompassed regional diff erences and perspectives. For these reasons, it can be useful to look again at the history of this cross-border activity. Kind-Kovács’s work provides useful orientation and a wealth of detail for considering what this transnational textual exchange might mean."