Women on the Polish Labor Market 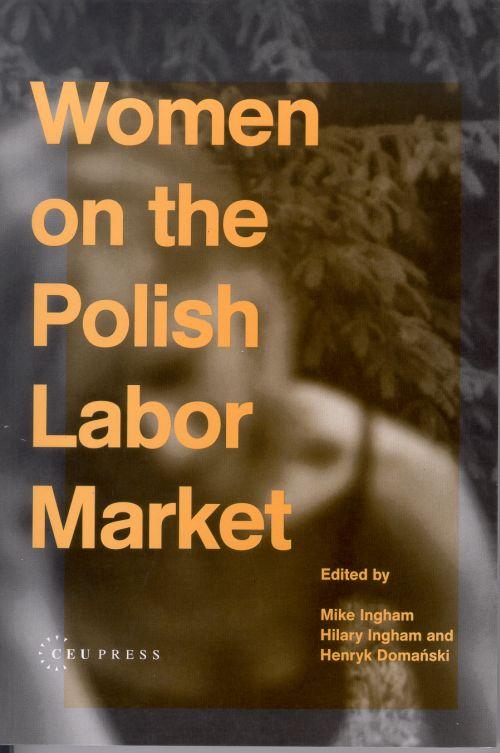 Can women succeed? Is women's work appreciated equally to men's? Do women's salaries reflect the quality and quantity of work they do? Does gender make a difference? These questions, which often emerge even in democratic societies and free-market economies, are much more acute in the new democracies of Central and Eastern Europe. Gender has been an issue thus far neglected in transition economies.

Drawing on official statistics, an international multidisciplinary team of sociologists, economists, demographers and geographers examines how women have been affected by the labor market reforms in Poland in the transition period of the 1990s. The issues discussed include occupational segregation, the social mobility of women, demographic change, the power and participation of women in public life, women's organizations, and labor market reform.

The historical background provided and comparison with other transition countries add a wider perspective to the studies. The innovative message of the book is that, contrary to popular belief and some populist media reporting, women share the fate of their male compatriots and fare as well (or as badly) as men in post-communist Central and Eastern Europe. But to achieve this, women have to endure much hitherto unrevealed hardship and strong adjustment pressure.

Written lucidly and with a non-technical approach, Women on the Polish Labor Market is of interest not only to policy-makers and researchers in the fields of sociology, economy, and women's studies, but also to the general reader.

Chapter 2
On the Appreciated Role of Women
Anna Titkow

"Gender differences are shown to be pervasive and also to vary across other long extant and persisting dimensions of inequality such as territorial divisions of Poland, industries and branches of the economy, and city versus countryside. The volume shows features unique to Poland as well as those shared with other countries going through a similar transition from communism... the volume addresses some important questions about deep and unsettling changes..."