A comparative study of Ukraine, Lithuania, Belarus, and Russia 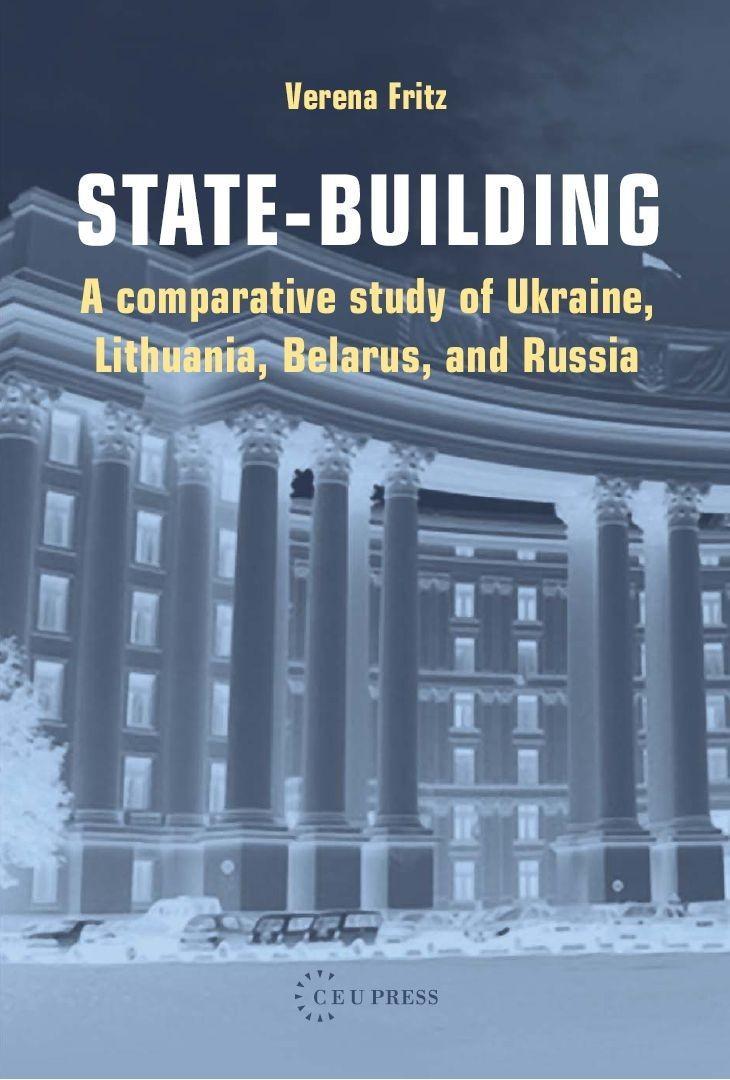 Looks at the process of state-building in Ukraine, Lithuania, Belarus, and Russia from a political economy and institutional perspective. Weak and distorted state capacity has come to be widely recognized as a key obstacle to successful transformation—including economic modernization and growth as well as the consolidation of democracy. However, so far little systematic research has been carried out on state capacity per se and on how to explain its development.
The book provides new insights in considering the evolution of Ukraine since 1992, offering an in-depth view of institutional development in crucial areas and thus tracing the process of state-building. It draws comparisons with developments in Belarus, Lithuania, and Russia (based on field research). To capture the process of state-building empirically, focuses on the extraction and expenditure systems which are a central pillar of state capacity and also a central link between citizens and the state. The book also sheds light on how Ukraine’s potential ‘second transition’ currently under way will have an impact on its institutional system.

PART I. State- and institution-building — a framework for analysis

Chapter 2: A framework for assessing states: size, capacity, and quality
The three aspects of the state
States as problems and solutions under various regimes
The size of the state
State capacity: decision-making, implementation, and control

Chapter 6: From Soviet breakdown to disordered independence
From Soviet republic to independent Ukraine
The great depression: economic crisis after independence
The challenge of nation-building
Struggles for power and institutional weakness
A fiscal system in crisis
The first steps of state-building

Chapter 8: The second transition
From hybrid regime to unconsolidated democracy
Economic recovery and socio-economic policies of the new government
The power of civil society and the continuing importance of opaque groups
External influences on the rise
Fiscal developments: reforms and revelations
From Kuchma to Yushenko: Re-tooling the state
Summary: the state-building process in Ukraine as reflected in the fiscal system

Section 4
Chapter 9: Averting institutional change: the case of Belarus
Political developments: from liberalization to democracy
Economic developments: preserving the command economy
Belarus’ international situation
State-society relations in Belarus
Fiscal policies
Belarus: the strong state that does not want to be a state

PART III.
Chapter 10: Lithuania: Moving towards a Western model
Political developments: early elite re-configuration and after
Economic developments: the great leap from communism to capitalism
State-society relations in Lithuania
Fiscal and budgetary system
State capacity and its determinants in Lithuania

Chapter 11: The ‘authoritarianizing’ route to recovery: the case of Russian tax reform
The stage: political power and oligarchic groups
The economic background to reform
State-society relations
Fiscal crisis and tax reform: surveying explanations
From drag to leap: the gestation and eventual success of tax reform
From prolonged deterioration to unfinished recovery: the Russian path of state-building

"The four case studies provide substantial grist for those interested in generalizations about successful state building. Furthermore, specialists should find the cross-country comparisons on the development of tax regimes interesting. Summing up: recommended."

"Verena Fritz offers a spirited examination of the processes that enhance state capacity and state quality by assessing the fiscal policies and structures within four post-Soviet states with variation in state capacity and state quality outcomes. Combines comprehensive qualitative case studies of these countries with a quantitative chapter that examines key variables in all 15 of the post-Soviet states. Fritz’s book, which teems with empirical detail and benefits from comprehensive research for four critical cases, overcomes problems of conceptual clarity. Her argument that the timely creation of solid political institutions without the interference of mafia and oligarchic groups leads to better and more effective state-building policies is compelling and persuasive. Moreover, her finding that such policies may occur in both authoritarian and democratic contexts defies much conventional wisdom and provides an interesting challenge for a continued and vibrant scholarly debate... more

"An impressive empirical account of the complex nature of state building in post-Soviet states and convincingly proposes evaluating the success of this process from a new fiscal perspective."

"Provides a useful and nicely detailed analysis of the mechanics of state building in the post-communist transformation, which is a fairly unique historical episode. The lessons drawn here are of more than historical interest, however, for the process is far from complete in the post-communist region and, of course is very relevant in other parts of the globe... Fritz's book provides a uniquely deep and detailed account of the mechanics of state building processes; such an account is not often found in the literature, which is more focused on theoretical elegance... The work is a very valuable one and makes a relatively unique contribution in giving such an in-depth analysis of state-building problems. I recommend it highly to those interested in post-communist evolution or in the theory and practice of democratization. I will be assigning it as a secondary text in my course on the political economy of transition and nation building."

"A masterful survey and analysis of a neglected field of postcommunist studies; namely that of state and institution building. Well-suited for political science courses in comparative politics, institutions, and transitions at the graduate and research levels, this book will be of considerable interest to policymakers in international organizations."