A Spectrum of Unfreedom

Captives and Slaves in the Ottoman Empire 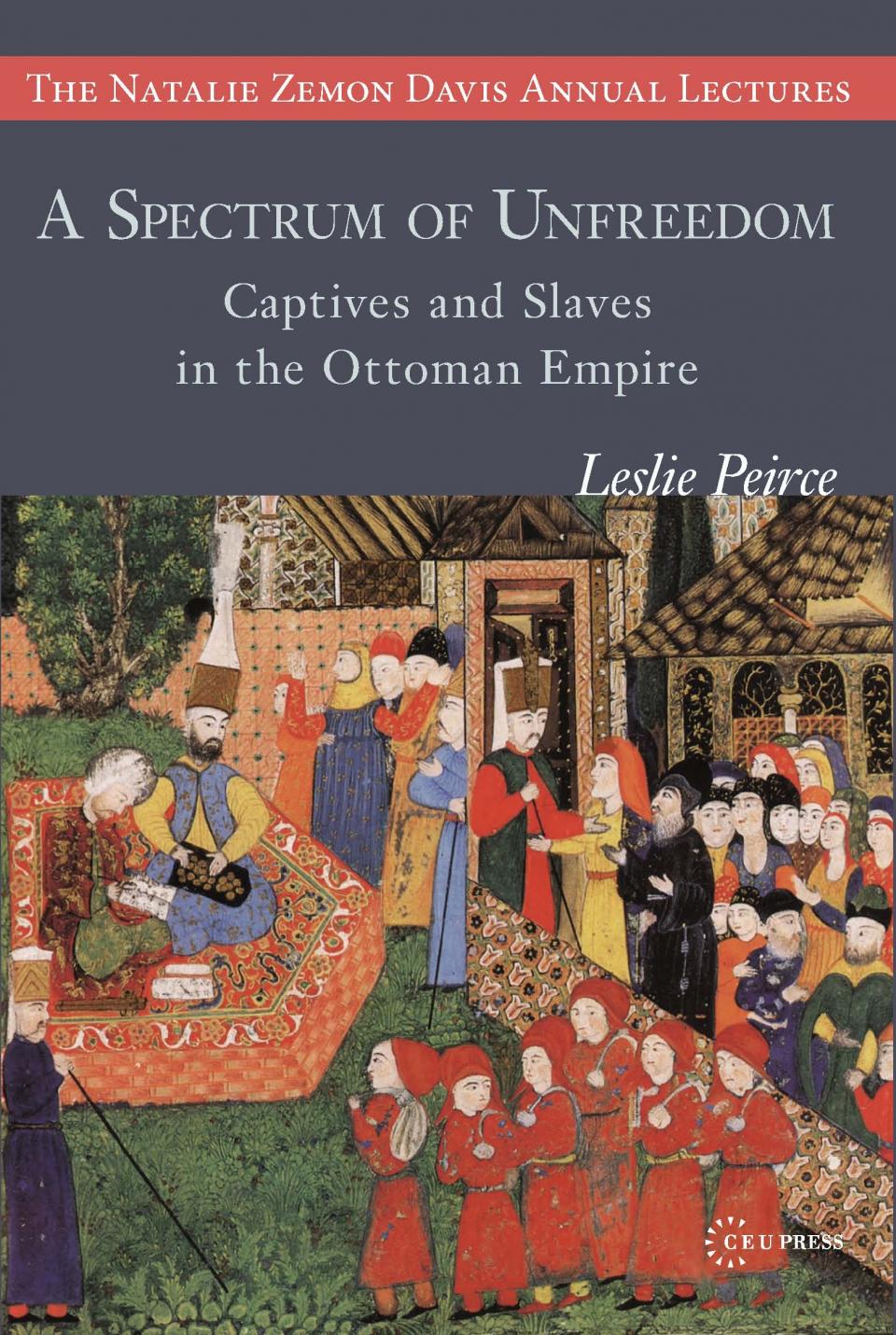 Without the labor of the captives and slaves, the Ottoman empire could not have attained and maintained its strength in early modern times. With Anatolia as the geographic focus, Leslie Peirce searches for the voices of the unfree, drawing on archives, histories written at the time, and legal texts.

Unfree persons comprised two general populations: slaves and captives. Mostly household workers, slaves lived in a variety of circumstances, from squalor to luxury. Their duties varied with the status of their owner. Slave status might not last a lifetime, as Islamic law and Ottoman practice endorsed freeing one’s slave.

Captives were typically seized in raids, generally to disappear, their fates unknown. Victims rarely returned home, despite efforts of their families and neighbors to recover them. The reader learns what it was about the Ottoman environment of the sixteenth and seventeenth centuries that offered some captives the opportunity to improve the conditions of their bondage. The book describes imperial efforts to fight against the menace of captive-taking despite the widespread corruption among the state’s own officials, who had their own interest in captive labor.

From the fortunes of captives and slaves the book moves to their representation in legend, historical literature, and law, where, fortunately, both captors and their prey are present.

Chapter One: An Overview of Ottoman Slavery

Chapter Two: Captives and Their Captors

"By choosing an overarching term as a criterion for investigation and giving attention to other categories of unfree people beyond slaves, the author can include individuals who would otherwise have fallen outside the scope of the study. This provides the reader a much broader picture of slaves and others in bondage and shows the range and diversity of forms of slavery and captivity that existed in all areas of the Ottoman Empire, urban and rural, elite and non-elite. In short, this small book is a useful introduction to the subject of slavery and captivity in the Ottoman Empire, provides a useful overview of its characteristics, and presents interesting directions for further research."
http://www.sehepunkte.de/2022/06/37161.html