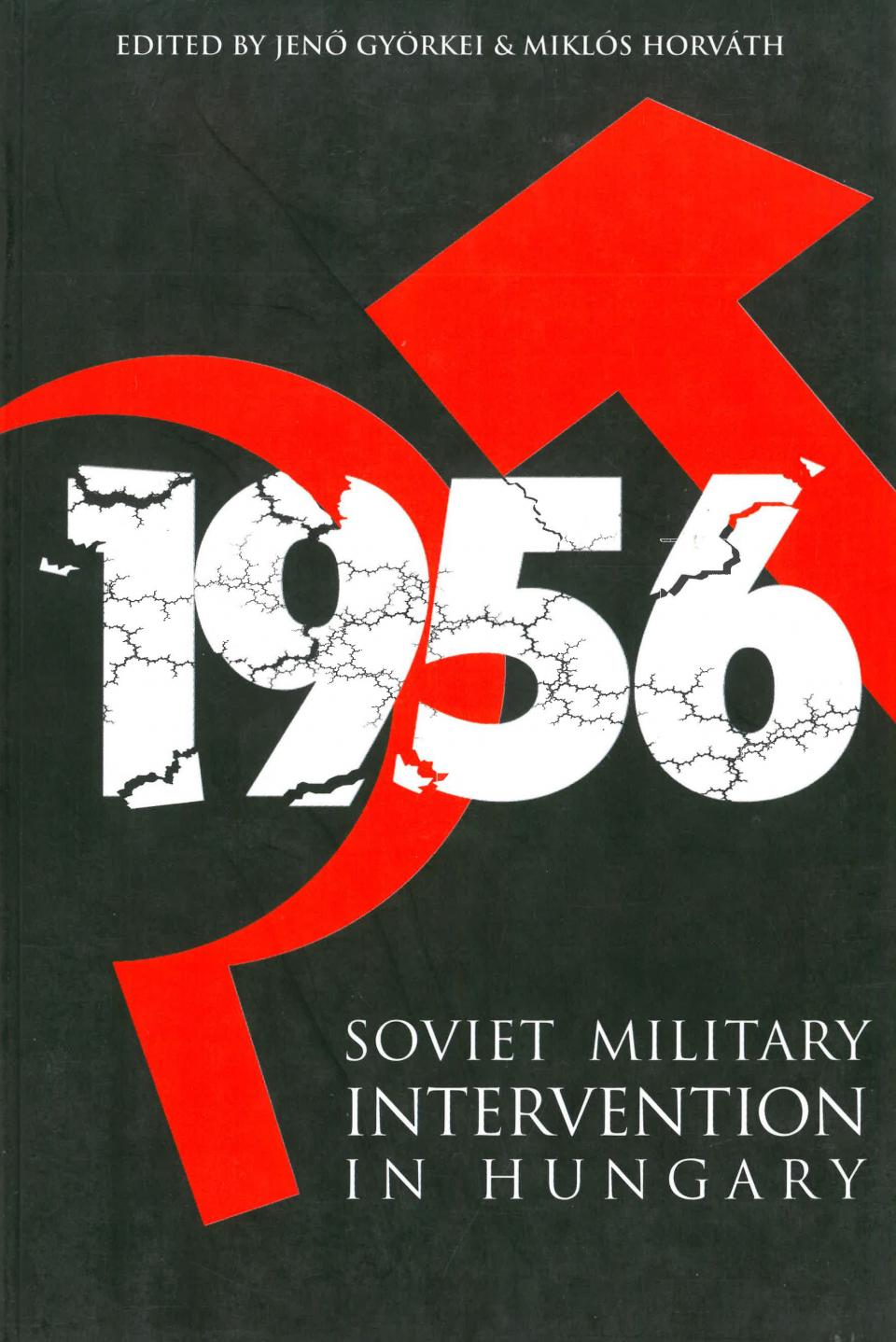 This remarkable study reveals precious new material on the organization, command, strategy, and tactics of the Soviet armed forces which invaded Hungary in 1956. Particularly interesting is the precise documentation of the irrationally large size of the forces. The major contribution made by the book is its source material: it is based on research in Soviet archives, and this alone makes the volume of unique scholarly importance.

The book opens with a substantial introductory essay by the editors, and includes a major study by Alexandr Kirov, based on research in Soviet military archives. One of the real strengths of the book is that it also includes the memoirs of General Yevgeny Malashenko, in 1956 a colonel in the Soviet Army and acting Chief of Staff of the Special Corps in Budapest, who provided unparalleled insights into Soviet military procedures, politico-military co-operation, and the actual fighting strengths and weaknesses of the Red Army. Very few other high-ranking Soviet officers have ever published their memoirs in the West.

Preface to the Series and Acknowledgements

The Hungarian Revolution and Events in Poland

"The Hungarian Army Has Done Badly

The First Shots and the Occupation of the Radio Station

What Was Known in Moscow of the Hungarian Events

The Hungarian People's Army and the Revolution

The "Division of Labor" Changes

"We Increase the Number of Troops Active in Budapest

Further Reasons for the Divisions in the Hungarian People's Army

"Two Possible Routes Lie Ahead of Us"

"The Situation is Deteriorating"

"How Can We Master the Situation? Real Power: the Army!"

"At Present the Number of Soviet Troops Stationed Here is Adequate"

"Troops Must Stay in Hungary"

Imre Nagy Demands an Explanation-Kádár Speaks in Support of Nagy

"Nobody Wanted a Counter-Revolution"

Central Leadership of the Revolution

"This Government Should Not Be a Puppet Govemment"

The Revolution Tums into a War

A Mosaic of the Resistance

Questions are Increasingly Being Raised

The "Wave," a Plan for Armed Intervention

The Plan Is Set in Motion

"A Friendly Message to the Workers of the Hungarian People's Republic"

Re-evaluation of the Situation

Preparations for a New Military Operation

The Beginning of Operation "Whirlwind"

"Who Represents the Will of the People?"

The Organization of the Soviet City Commands

The End of the Suppression of the Uprising

"There Have Been, and Will Be, Arrests"

And What Happened Afterwards

The Hungarian October and the Present

The Old View Is No Longer Valid

Troops Withdraw, the Graves Stay Behind

The Price of the Khrushchev-Kádár Agreement

The Special Corps under Fire in Budapest - Memoirs of an Eyewitness

Chapter 1-0n the Eve of the Events

The Drafting of the Plan for Restoring Social Order

The Protests and the Armed Uprising in Budapest

The Beginning of Combat Operations

The Arrival of Soviet Political and Military Leaders in Budapest

The Arrest of the Hungarian Delegation

The Destruction of Armed Groups in the Country

The Direction of Soviet Troops in Hungary

The Final Destruction of Armed Groups in the Capital

Béla Király, Commander in Chief of the National Guard

“This unique collection of three essays on the 1956 Soviet military intervention in Hungary uses recently unclassified material from the Soviet archives. The essay by Russian military historian Alexander Kirov concludes that the major lesson of 1956 is that Russian military should not again oppose popular sentiment in a country. The two editors, Hungarian military historians, contribute an essay outlining their own view of events. In contrast Y. I. Malashenko offers his recollections of events in which he was a key participant. His observations are based on memories of oral communications of the invading military force rather than on written documents…the controversies generated are stimulating.”

“The main strength of this book is that it draws on a wide variety of documents and documentary collections from several Hungarian archives and one Soviet archive that were declassified after the collapse of the Soviet Union. The Institute for the Study of 1956 Revolution in Budapest has published a plethora of books and documents, but unfortunately very few have been translated into English. Thus Györkei’s volume is a good start and it will serve as a helpful reference work, containing as it does tables, maps and bibliographic notes. Finally, I believe Malashenko is correct that this book helps to ‘contribute to the reconciliation of our peoples (Hungarian and Russian)’.”

“The two authors convincingly argue and document it was indeed a democratic revolution…it is a valuable contribution to Cold War History.”