Russia on the Danube 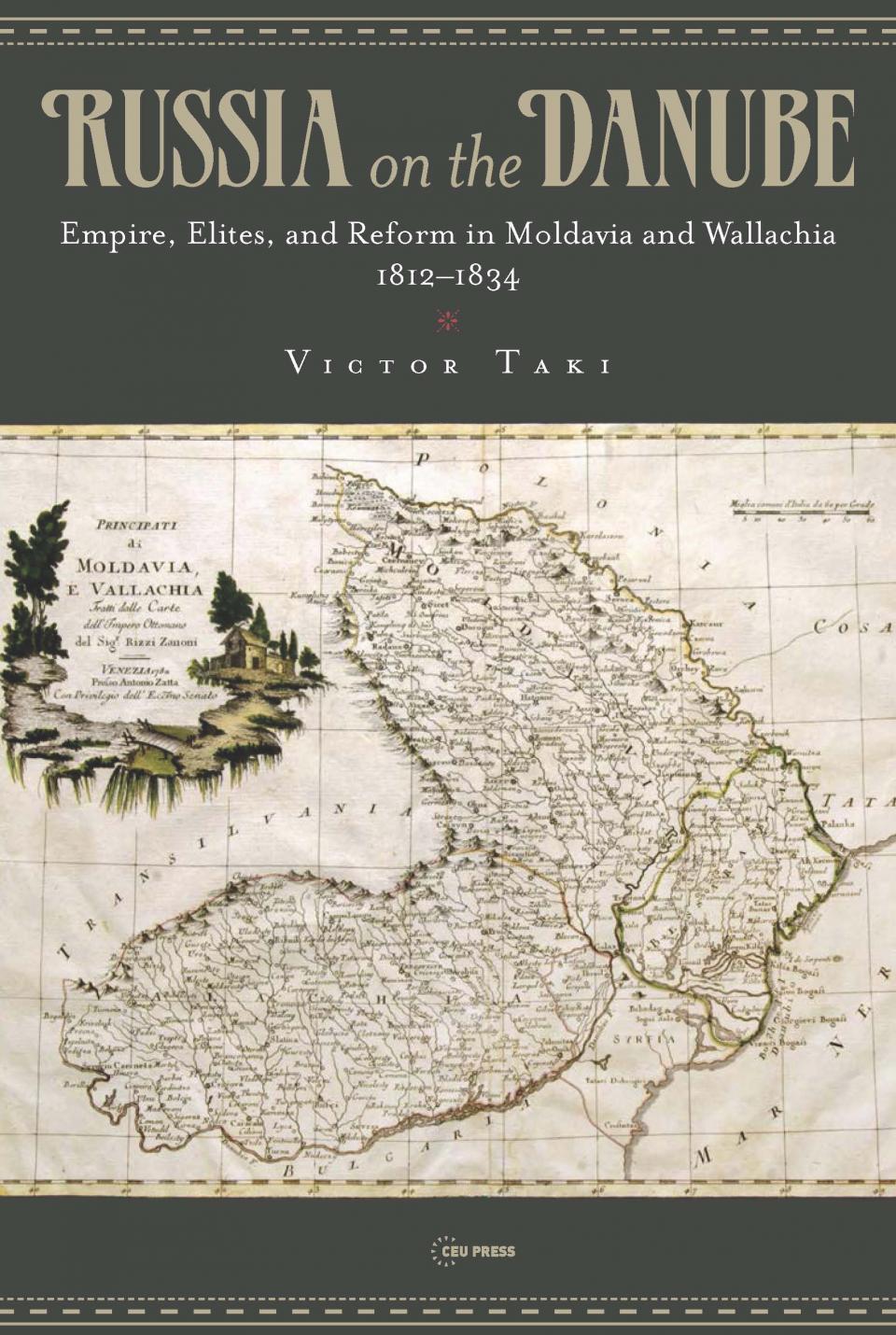 One of the goals of Russia’s Eastern policy was to turn Moldavia and Wallachia, the two Romanian principalities north of the Danube, from Ottoman vassals into a controllable buffer zone and a springboard for future military operations against Constantinople. Russia on the Danube describes the divergent interests and uneasy cooperation between the Russian officials and the Moldavian and Wallachian nobility in a key period between 1812 and 1834. Victor Taki’s meticulous examination of the plans and memoranda composed by Russian administrators and the Romanian elite underlines the crucial consequences of this encounter. The Moldavian and Wallachian nobility used the Russian-Ottoman rivalry in order to preserve and expand their traditional autonomy. The comprehensive institutional reforms born out of their interaction with the tsar’s officials consolidated territorial statehood on the lower Danube, providing the building blocks of a nation state.

The main conclusion of the book is that although Russian policy was driven by self-interest, and despite the Russophobia among a great part of the Romanian intellectuals, this turbulent period significantly contributed to the emergence, several decades later, of modern Romania.

Chapter I: Early Encounters
Russian-Ottoman Confrontation and the Establishment of the Phanariote Regime
The Peace of Kuchuk-Kainarji and Russian Protectorate
Russian Occupation of Moldavia and Wallachia in 1806–1812
Church Policies under Russian Occupation

Chapter II: Challenges of Empire-Building in a Revolutionary Age
The "Greek Project" of Ioannis Kapodistrias
The Bessarabian Experiment of Alexander I
Russia's Eastern Policy and Stroganov's Mission
Kapodistrias, Alexander I, and the Greek Rebellion

Chapter III: The Uprisings of 1821 and Their Impact
1821 and the Anti-Greek Sentiment in Moldavia and Wallachia
Tensions Among the Boyars and Their Projects of Reform
Moldavian Boyar Radicals and Conservatives
The Convention of Akkerman

Chapter IV: From Akkerman (1826) to Adrianople (1829)
The Russian Empire and the Elites of Moldavia and Wallachia in 1826-28
The War of 1828–29 and the Russian Occupation of the Principalities
The Genesis of the Reform Agenda
Ministerial Instructions and the Formation of the Committees of Reform
The Peace of Adrianople

Chapter VI: A Well-Ordered Police State on the Danube
Plague Epidemics and the Creation of the Danubian Quarantine
The Creation of Militia and Police Reform
Fiscal Reform and Peasant Obligations
Administrative and Judiciary Reform
Foreign Subjects, Dedicated Monasteries, and Censorship

"This outstanding book fills several important gaps in Russian and Balkan history: not only does it reconceptualize Russia’s policy to the Ottoman Empire, it also corrects many accepted but questionable views in Western and Romanian historiography by bringing previously untapped evidence from the Russian archives. The book will be the main guide to the confusing developments that marked the end of Ottoman domination of Southeastern Europe in the context of the Napoleonic Wars and their aftermath. It sheds light not only on the emergence of Romania but also on the littleknown aspects of the Greek War of Independence and its effects on the Danube.”

"Victor Taki’s latest book focuses on Russian policy in the Danubian principalities (Moldavia and Wallachia) and the development of Romanian statehood from the late eighteenth century until 1859. Deeply researched and cogently argued, the book presents an innovative thesis about Russia’s vision for a well-ordered police state that challenges national historiographies and traditional stereotypes about Russian imperialism. We learn that St. Petersburg aimed to develop the region into a buffer zone against the Ottomans, and ultimately, the interaction between creative Russian statesmen and the traditional elites of Moldavia and Wallachia established a framework for the unification of the principalities to take place. By analyzing the conjunction between cultural policy, warfare, and institutional reform, the book makes a major contribution to our understanding of Russia and the formation of modern Romania.”

"Russia on the Danube will open new horizons for the study of the Danubian principalities, Russian and Ottoman empires and the era of revolutions where transition from empire to nation-state took place. By going beyond nationalist tropes and perspectives that construct the Russian Empire as essentially expansionist and autocratic but also by highlighting the lack of communication, and perhaps lack of studies, among Ottomanist and Russianist historiography, Victor Taki made an invaluable contribution."
http://www.sehepunkte.de/2022/09/36801.html