The Road to War in Serbia 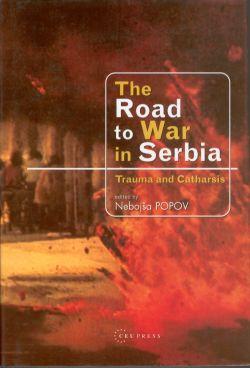 The Yugoslav crisis, with its armed conflict, ethnic cleansing and the reverberating ideas and mindsets, has been going on for more than ten years. The Road to War in Serbia is the first serious assessment to explore the roots of the conflict in the former Yugoslavia. Based on years of research, the authors - all eminent scholars in the field who have lived through these social conflicts - highlight key issues which have to date remained unknown or which have been previously neglected.

The issues dealt with include the institutional frameworks of ethnicity and nationalism; the input of the church, science, literature and sports; specific catalysts of the conflict and the role of the political actors, students, the ruling party and the media.

The Road to War in Serbia will be of great interest to all readers who want to understand why and how the violent option of settling disputes and conflicts on the territory of Yugoslavia is being accepted.

The Destruction and Creation of a State – The war for ethnic states, Yugoslavia as a mistake, Traumatology of the party state

Roots of the Trauma – The flight from modernization, An uneasy view of the city, The unresolved genocide, Who exploited whom? Kosovo in the collective memory, The migrations of Serbs from Kosovo during the 1970s and 1980s

Ideological Bearing – The church and the ‘Serbian Question’, The abuse of the authority of science, The university in an ideological shell, The birth of nationalism from the spirit of democracy, Populist wave literature, Football, hooligans and war

Political Mobilization – The 1974 Constitution as a factor in the collapse of Yugoslavia or as a sign of decaying totalitarianism, The ruling party, The traumatic circle of Serbian opposition, An alternative to war, The army’s use of trauma

Media War – Politika in the storm of nationalism, Turning the electronic media around, The nation: victim and vengeance, The nationalization of everyday life

Conflict and Compromise – The international community and the Yugoslav crisis