Post-Communist Restitution and the Rule of Law 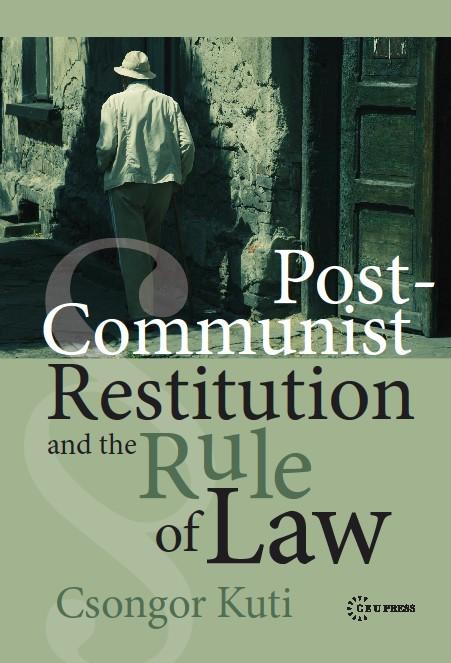 Eastern European societies underwent large-scale deprivations of property by the authoritarian regimes, beginning after World War II, largely ending with the last waves of the kolkhoz movement in the early 1960s. Kuti examines property reparations that took place after 1989, from the perspective of constitutional justice, the rule of law, but also from the point of view of identity politics.

A controversial and at times contentious issue is tackled here, effecting people’s lives and material situations drastically whilst touching upon the raw nerves of history. Kuti compares property restitution schemes in the Baltic States, Poland, Germany, Czech Republic, Slovakia, Hungary and Romania. Argues that the aims of compensation and reparation were coupled with goals of structural reform. Provides an international perspective, through extensive reference to the jurisprudence of the European Court of Human Rights, as well as to some other jurisdictions confronted with indigenous peoples’ claims. The inquiry concludes that the ideals of rule of law and justice cannot lead to consistent solutions in this problem, and the presence of an imperfect theorization is demonstrated.

Chapter II: Justice and Reparation Justice and the rule of law The context Property (re)distribution Aspects of justice Forms of reparations Fundamental problems The wolf, the goat and the cabbage

Chapter IV: The Rule of Law as the Law of (Restitution) Rules Quantifying reparations Timelines Proving the entitlement A footnote: the pitfalls of a formal solution: the case of Prince Hans-Adam II Conclusions