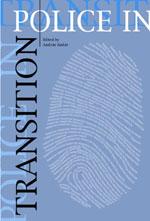 The police forces of the transition countries in Central and Eastern Europe have to undergo profound reform to be able to respond to the needs of society; to serve the public and not just the government, and to prove that they can effectively combat crime.

This volume is the result of a survey by the Hungarian Helsinki Committee concerning the mode and extent of changes police forces of the post-communist countries have undergone since 1989 - 1990. Information is provided about the relevant tasks, organization, personnel, accountability, and international relations of the national police forces and about the coercive measures they are entitled to use.

Written by internationally acknowledged experts of policing and representatives of human-rights organizations, Police in Transition deals with the questions of transition, European trends in the governance of the police, the relationship between police and criminality, the role of the police in the constitutional framework, the limits of policing, police brutality, civilian oversight of the police and the possibilities of a democratic reform of police forces in Central and Eastern Europe.

This timely book offers invaluable information for those involved with human rights, criminology, sociology, justice, and for other members of the law enforcement community.

2. Comparative Studies and Country Analyses: Police Organization and Accountability - a Comparative Study; Police in the Constitutional Framework - Limits of Policing; Researching the Police in Central and Eastern Europe; Policing in Transition Countries versus Standards within the European Union - Hungary where Dreams are not Fulfilled; Police Governance in Romania; Some Remarks on Police and Human Rights;

3. Models of Policing: Improving the Training System of Police Officials - Problems of Creating an International Standard for Police Officers in a Democratic Society; Modernization of Society and Police Activities; Policing a Diversity of Cultures: Community Policing in Transforming Societies; Slippery Slopes? The Paramilitary Imperative in European Policing; Target Areas of Police Reform; Police and Crime