Past in the Making

Historical revisionism in Central Europe after 1989 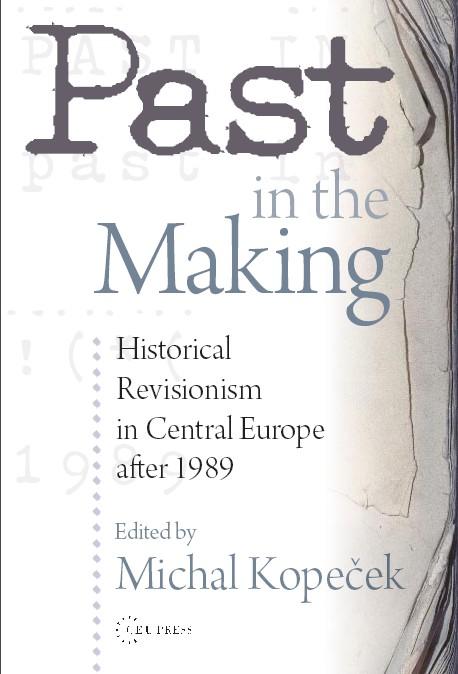 Historical revisionism, far from being restricted to small groups of ‘negationists,’ has galvanized debates in the realm of recent history. The studies in this book range from general accounts of the background of recent historical revisionism to focused analyses of particular debates or social-cultural phenomena in individual Central European countries, from Germany to Ukraine and Estonia.

Where is the borderline between legitimate re-examination of historical interpretations and attempts to rewrite history in a politically motivated way that downgrades or denies essential historical facts? How do the traditional ‘national historical narratives’ react to the ‘spill-over’ of international and political controversies into their ‘sphere of influence’?

Technological progress, along with the overall social and cultural decentralization shatters the old hierarchies of academic historical knowledge under the banner of culture of memory, and breeds an unequalled democratization in historical representation. This book offers a unique approach based on the provocative and instigating intersection of scholarly research, its political appropriations, and social reflection from a representative sample of Central and East European countries.

Tucker: Historiographic Revision and Revisionism: The Evidential Difference;
Petrović: From Revisionism to “Revisionism”: Legal Limits to Historical Interpretation;
Hahn : The Holocaustizing of the Transfer-Discourse: Historical Revisionism or Old Wine in New Bottles?;
Loose : The Anti-Fascist Myth of the German Democratic Republic and Its Decline after 1989; Kopeček: In Search of “National Memory”: Politics of History, Nostalgia and the Historiography of Communism in the Czech Republic and East Central Europe;
Kocourek: White Spaces are also Grey Spaces in Historical Revisionism: The Czech Right, 1939-1948 and the Battle against the Beneš Doctrine in Czech Historiography;
Johnson: Begetting & Remembering: Creating a Slovak Collective Memory in the Post-Communist World;
Laczó: The Many Moralists and the Few Communists. Approaching Morality and Politics in post-Communist Hungary;
Mink: The Revisions of the 1956 Hungarian revolution;
Stobiecki: Historians Facing Politics of History. The Case of Poland;
Kasianov: Revisiting the Great Famine of 1932-1933: Politics of Memory and Public Consciousness (Ukraine after 1991);
Wulf: The Struggle for Official Recognition of ‘Displaced’ Group Memories in Post-Soviet Estonia,

About the Authors
Index

"Historical revisionism has a number of different meanings. In this context the term provides a peg for discussing a variety of reinterpretations of tha past among professional historians and politicians, and in a more general collective memory. A major merit of the book is its demonstration of the extent to which re-evaluations of history are bound up with changes in politics and society"

"'Far from being restricted to a small group of 'deniers', historical revisionism seems to feature strongly in the public historical discourses of many countries and regions nowadays': states the editor of this publication Michal Kopecek. Especially central and eastern Europe has a long-time experience with this concept and its changes. The various tendencies appearing (or enduring) after the 1989, are only giving new meanings to this notion. The publication is based on the conviction that the problem of revisionism in post-communist countries is a research subject that deserves a proper analysis. Although written mainly as case studies, most of the articles are proving the striking resemblances in the historiographic developments in post-communist European countries."