Our Man in Warszawa

How the West Misread Poland 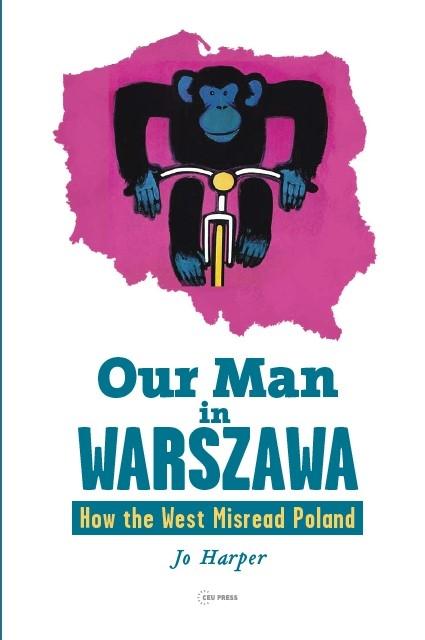 Written by a Brit who has lived in Poland for more than twenty years, this book challenges some accepted thinking in the West about Poland and about the rise of Law and Justice (PiS) as the ruling party in 2015. It is a remarkable account of the Polish post-1989 transition and contemporary politics, combining personal views and experience with careful fact and material collections. The result is a vivid description of the events and scrupulous explanations of the political processes, and all this with an interesting twist – a perspective of a foreigner and insider at the same time. Settled in the position of participant observer, Jo Harper combines the methods of macro and micro analysis with CDA, critical discourse analysis. He presents and interprets the constituent elements and issues of contemporary Poland: the main political forces, the Church, the media, issues of gender, the Russian connection, the much-disputed judicial reform and many others.

A special feature of the book is the detailed examination of the coverage of the Poland’s latest two elections, one in 2019 (parliamentary) and the other in 2020 (presidential) in the British media, an insightful and witty specimen of comparative cultural and political analysis.

Foreword by Urszula Chowaniec
Acknowledgments
How to read the book

PART I: A personal voice

Chapter 1: Mr Kaczyński, The Guardian and me

Chapter 2: At her Majesty’s service!

Chapter 12: Synthesis: Finding a voice between the sublime and the ridiculous

"The book is both a study of Polish politics and a critical analysis of journalism. Harper demonstrates convincingly that journalism not only describes reality but, through its performative language, constructs reality. Harper shows that, all too often, the term ‘populism’ is used not so much to describe or analyse reality as to deprecate those with whom we disagree, and that the very discourse of Western journalists resembles the populism attributed to PiS. Harper shows that the success of PiS cannot be explained in simple terms, such as a revolt of the excluded against the privileged or as a conflict between rural and urban dwellers, the ‘winners’ or ‘losers’ of transformation or the uneducated versus the educated. The book is an informative and interesting study not only of Polish politics but also of the relationship between politics and journalism."
https://doi.org/10.1080/09668136.2022.2129158

"UK journalist’s new book seeks to challenge western media’s preconceived views of Poland. Freelance journalist Jo Harper said the motivation for writing the book was a feeling that what he was reading about Poland in British media coverage was missing the nuances and perspectives he was hearing from people on the ground in the country. Alongside an in depth analysis of contemporary Polish politics, the first section of ‘Our Man in Warszawa: How the West Misread Poland’ published by Central European University Press is based on Jo’s personal reflection of the process of assimilating in his adopted homeland and his experiences of being British in Poland."