Culture, Politics, and Nationalism in a Serbian Intellectual Circle, 1944–1991 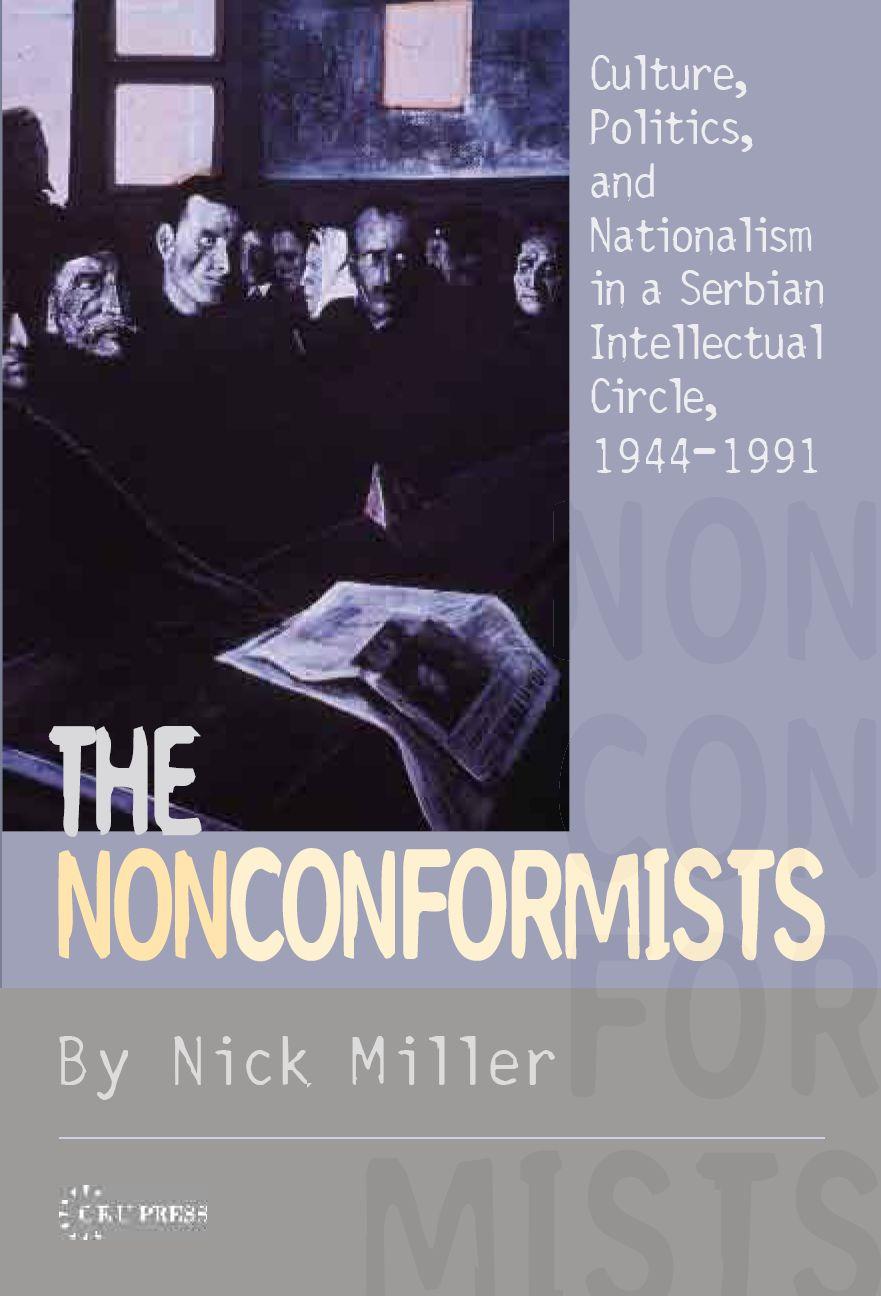 Serbia’s national movement of the 1980s and 1990s, the author suggests, was not the product of an ancient, immutable, and aggressive Serbian national identity; nor was it an artificial creation of powerful political actors looking to capitalize on its mobilizing power. Miller argues that cultural processes are too often ignored in favor of political ones; that Serbian intellectuals did work within a historical context, but that they were not slaves to the past. His subjects are Dobrica Ćosić (a novelist), Mića Popović (a painter) and Borislav Mihajlović Mihiz (a literary critic). These three influential Serbian intellectuals concluded by the late 1960s that communism had failed the Serbian people; together, they helped forge a new Serbian identity that fused older cultural imagery with modern conditions.

Chapter 1 Simina 9a in a New Yugoslavia

Chapter 4 Drama and Politics: Mihiz in the Sixties

Chapter 8 From Principle to Catharsis

Chapter 9 The Children of Cain

Chapter 10 The Limits of Revelation

"Over the last five years, in articles and reviews, Nick Miller has been pushing historians and other scholars to ask the question: can Serbian intellectuals be held accountable for 'the creation of one of the most intolerant and narcissistic national movements that I know of?' ... Miller lays out the case for three influential Serbian literary and cultural figures: a novelist, Dobrica Ćosić; a painter, Mića Popović; and a literary critic and playwright, Borislav Mihajlović Mihiz. ... In Miller’s capable hands, the four-decade cultural and intellectual journey they took to nationalism is understandable and explainable, and their embrace of Slobodan Milošević was a predictable outcome of 'their perceptions of the nature and the needs of the Serbian nation' (p. 359). Miller concludes that not only was their support for Milošević logical and expected, in fact, it was their cultural production and intellectual leadership that prepared the groundwork."

"This book is about three Serbian intellectuals -- Dobrica C'osic' (writer), Mic'a Popovic' (painter) and Borislav Mihajlovic' Mihiz (literary critic and theater director) and their work after Second World War until the beginning of nineties. We could see how they wrote or painted, as well as the revival of nationalism in Serbia during that period. In fact, this is a book about nationalism in Serbia. Miller's intention was to look closer in its revival, mainly in intellectual circuits and he completely succeeded in that. Miller is showing us what was the position of the Serbs in Yugoslavia, and that turning to nationalism was provoked by unfulfilled promises made by the Communist Party and that it was direct response to it. One of that promises was extermination of nationalism in Yugoslavia, but, while only a hint of nationalism in Serbia was sanctioned, that was not the case in Croatia and Slovenia. This book explains that the revival of... more

"Miller’s insightful study tackles the interaction of culture, politics, and nationalism in Serbia since 1945. Skillfully avoiding the extremes typical of much existing literature, which tends to describe nationalism in Serbia either as the expression of centuries old ethnic hatreds or the creation of unscrupulous politicians, Miller offers an entirely new approach grounding it in the specific postwar experiences of a small but important group of Serbian intellectuals. With tightly woven prose and dry humor, Miller shows how the genuine and sincere intellectuals who inspired unscrupulous politicians like Milošević evolved from humanists ‘willing to let communism have its chance’ into committed nationalists. As we enter their psyches, and learn their individual backgrounds and experiences, we begin to see why their message was so effective and the masses so easily manipulated. Thus Miller’s work connects politics to the realm of culture in a way that is critical to understanding... more

“Nick Miller is the riveting stylist who happens to be a historian, and the judicious historian who happens to be a writer. His humane and passionate account of the ‘Nonconformists’ will cause those who have read everything on the subject to rethink what they know; and those who have read not a single book to want to know more. Both sets of readers—and those in between—will find this book exceptionally edifying.”

"The Nonconformists sets out to examine the evolution of Serbian nationalism through a prism as intuitive as it is unlikely—writers and artists, figures typically associated with radical politics but less often with the political right.(...) Miller emphasizes that it is not his intent to create sympathy for the nationalists but to understand why some Serbs viewed Milošević and the radical nationalist movement as a solution to the oppression that they felt in Yugoslavia. He does so superbly. The Nonconformists is not a fast-paced book; it is nearly impossible to skim. Every chapter—indeed, every page—contributes to Miller’s narrative about the processes of nationalist transformation. By examining the gradual shifts in this transformation, Miller convincingly demonstrates that radical nationalism was neither intrinsic to the Serbian psyche nor a fait accompli. Those who believe Miller’s argument (as I do) will agree that this process is destined to continue. 'Perhaps,'... more

"Miller's study, really an interlocking set of intellectual biographies, opens an important door onto Serbian society. This is especially important for the 1970s and 1980s, little studied decades in which Serbian dissatisfation with Yugoslavia grew more concrete and widespread. Miller's book is rich in analysis of literary works and paintings; these analyses alone give many worthwhile insights into Serbian thought and politics, and most have been absent from previous analyses in the West. The author, further, provides a godd sense of the working of various writers' organizations, artists' societies, and party officials."

"Theoretically informed, elegantly written, and rich in necessary nuances, the book offers a corrective to simplistic, one-dimensional interpretations of the role of intellectuals in the rise of Serbian nationalism. It provides a critical analysis of the meanders of national politics during the Tito regime. The discussion of the Ranković affair and its role in catalyzing Ćosić’s sense of Serbs being victims of national discrimination is among the best in literature. For Miller, like for such authors as Isaiah Berlin and Leah Greenfeld, nationalism is a matter of dignity.”