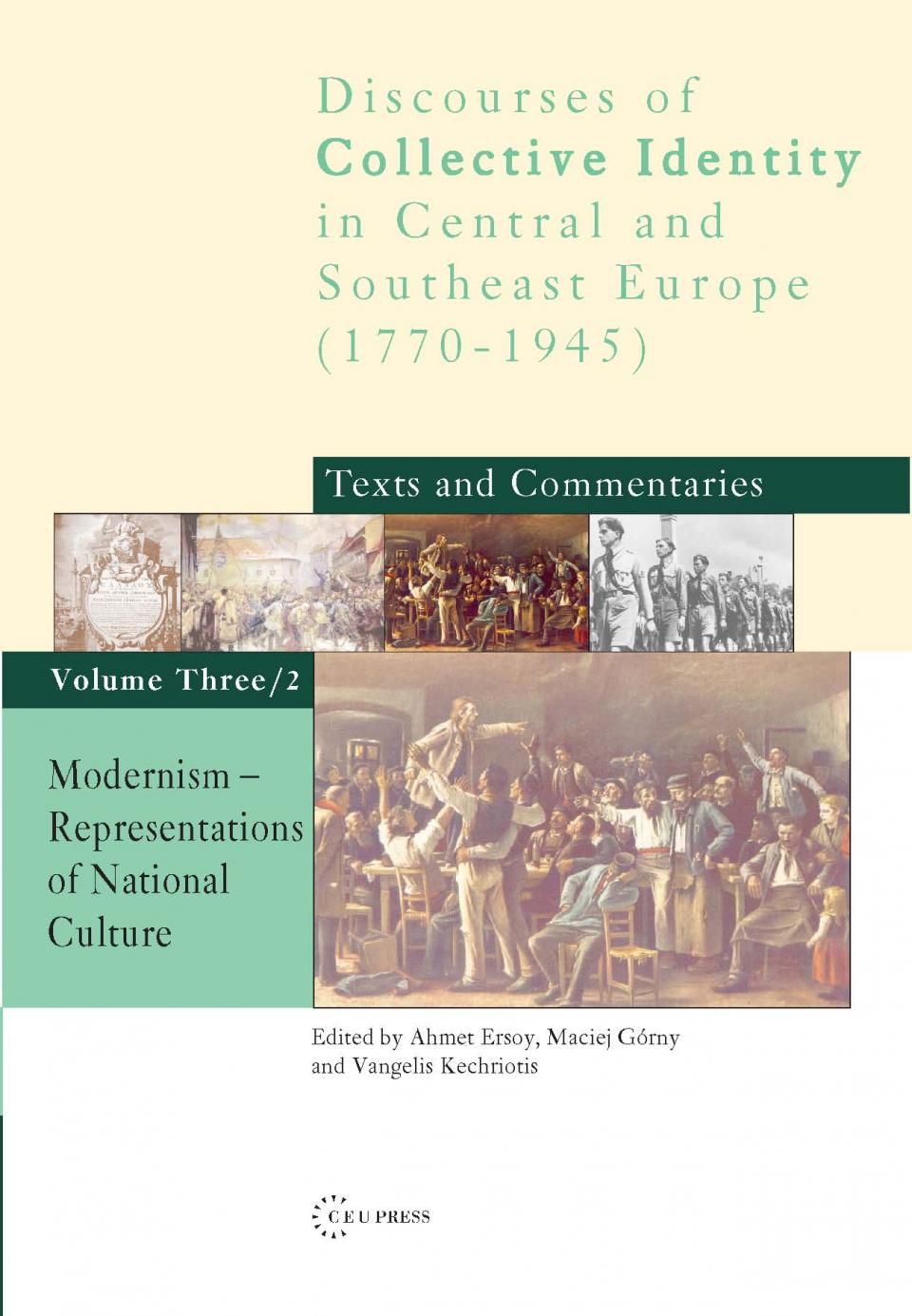 This is the second part of the third volume of the four-volume series, a daring project of CEU Press, presenting the most important texts that triggered and shaped the processes of nation-building in the many countries of Central and Southeast Europe. The aim is to confront ‘mainstream’ and seemingly successful national discourses with each other, thus creating a space for analyzing those narratives of identity which became institutionalized as “national canons.”

After the volumes focousing on the late enlightenment and the emergence of national romanticism, two books elaborate on the phenomenon of modernism in eastern Europe. Modernism is conceived as a counterpart to modernity, the first belonging to the periphery, tha latter to the developed West.

Fifty-one texts illustrate the evolution of modernism in Eastern Europe. Essays, articles, poems, or excerpts from longer works offer new opportunities of possible comparisons of the respective national cultures. The volume focuses on the literary and scientific attempts at squaring the circle of individual and collective identities. Often outspokenly critical of the romantic episteme, these texts reflect a more sophisticated and critical stance than in the preceding periods. At the same time, rather than representing a complete rupture, they often continue and confirm the romantic identity narratives, albeit with “other means”. The volume also presents the ways national minorities sought to legitimize their existence with reference to their cultural and institutional peculiarity.

Discourses of Collective Identity in Central and Southeast Europe 1770–1945

"The collection does an admirable job of addressing multiple audiences. One could imagine these texts being used to great effect in an undergraduate course and, although the contexts would likely be too dense for students at this level, they would make the volume well suited to a graduate course. The series could just as easily be used by scholars well-versed in the intellectual history of one or more of the areas represented who are looking to broaden the context of their understanding."