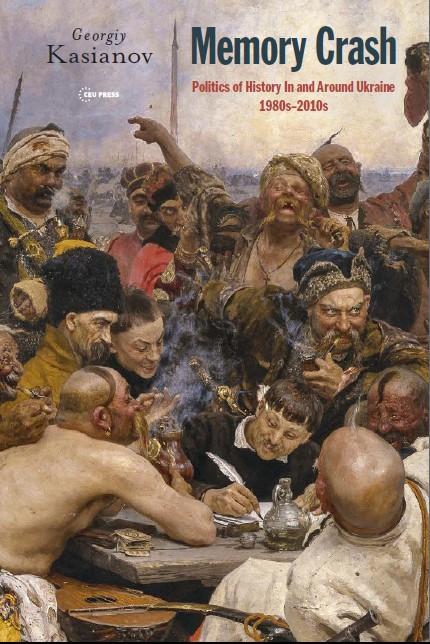 This account of historical politics in Ukraine, framed in a broader European context, shows how social, political, and cultural groups have used and misused the past from the final years of the Soviet Union to 2020. Georgiy Kasianov details practices relating to history and memory by a variety of actors, including state institutions, non-governmental organizations, political parties, historians, and local governments. He identifies the main political purposes of these practices in the construction of nation and identity, struggles for power, warfare, and international relations.

Kasianov considers the Ukrainian case in the context of a global increase in the politics of history and memory, with particular emphasis on a distinctive East-European variety. He pays special attention to the use and abuse of history in relations between Ukraine, Russia, and Poland.

PART I: CONCEPTS AND CONTEXTS

Communists to nationalists. Roles of historians.

Lenin, Bandera, and others. “Battle of Kruty”: victims and heroes. The Holodomor Territory. Genocides at the edge. Memorial laws.

This is an excellent book about the power of discourse, the discourse of power, and the extraordinary complex ways in which they mingle, fight and intertwine. Focusing on Ukraine while maintaining European and comparative perspectives, Georgiy Kasianov has produced an exemplary work in the contested but increasingly central field of East European memory studies.

What happens when imperial narratives fall, and the new national ones try to take their place? Memory Crush provides answers to this and many related questions in the way that combines analysis of a historian with the sensibilities of one of the key participants in the historical debates. A reflection and a report from the trenches of the historical wars at the same time, it is an essential read for anyone who wants to understand today’s Ukraine and the battles it is involved in.

This is a fascinating analysis of history politics in the Ukraine over the last forty years written by one of the best experts in the field. Kasianov tells an intriguing story about the way in which both governments and civil society actors have functionalized history in order to promote various versions of Ukrainian national identity. He explores the links of this mnemonic war to the Soviet era and also contextualizes it lucidly within a wider European and Russian history politics. This is a book that will be read with great benefit by anyone interested in the complex interactions between history and politics.

The most comprehensive, critical-minded, and witty analysis of the Ukrainian memory politics today, Kasianov’s new book will surprise everyone who is interested in Eastern Europe’s politics and future.