Living the High Life in Minsk 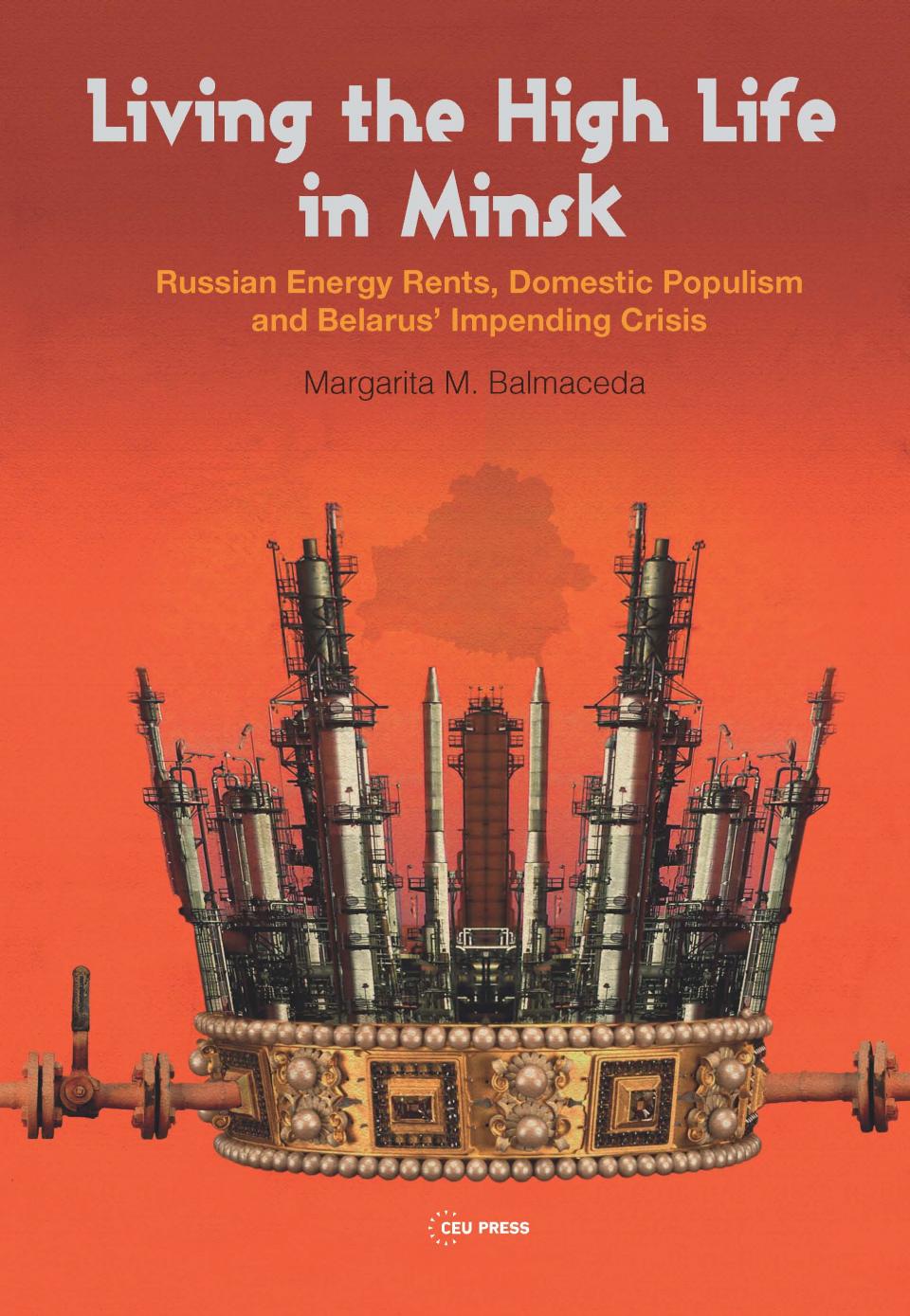 In terms of foreign relations, the book focuses on the factors explaining Lukashenka’s ability to project Belarus’ power in its relationship with Russia in such a way as to compensate for its objective high level of dependency, assuring high levels of energy subsidies and rents continuing well beyond the initial worsening of the relationship in c. 2004. In terms of domestic relations, Balmaceda examines Lukashenka’s specific use of those energy rents in such a way as to assure the continuing support of both the Belarusian nomenklatura and the Belarusian electorate.

Note on Sources and Transliteration

2. Belarus: Between Russia and the West, and at the Very Core of the Soviet System

6. The Energy Prologue and the Aftermath to the 2010 Elections: from Euphoria to Forced Concessions

"The work provides a history of the Russian-Belarussian relationship since czarist times, considers the two phases of the post-Soviet period, and concludes with some remarks on how Russia uses energy policies to manage relations with its neighbors. In considering how subsidies and energy policies can be used within an asymmetrical patron-client relationship, the work may offer valuable lessons for analyzing Russian-Ukrainian relations as well. Balmaceda argues that states that have abundant exportable energy resources are able to rule without popular, democratic participation and in this way hints at parallels with other authoritarian nations with abundant natural resources, though she does not make explicit comparisons. Summing up: Recommended."

"Balmaceda challenges the common assumption that these are mere subsidies from Russia that help maintain Lukashenka's political model, and suggests instead that the picture is much more complex. Balmaceda's point of departure is the observation that Lukashenka has managed to maintain his hold on power despite changing political conditions and, at times, a complicated relationship with Russia, which even featured a suspension of gas supplies in 2014 for the first time in Russian gas industry history. The main argument of the book is that it is not the Russian energy rents per se, but rather the way these rents have been extracted, managed, and redistributed among external and domestic players that can help explain Lukashenka's political longevity."

"Living High Life in Minsk provides a valuable contribution to political science and Belarusian history, blending theoretical sophistication with deep knowledge of the specific cases considered. The book provides information and ideas that will be practical for policy makers as well as researchers interested in a deeper understanding of international and domestic politics in Eastern Europe."

Journal of Soviet and Post-Soviet Politics and Society

"The book’s strength derives from its treatment of energy policy at two distinct levels of analysis. First, Balmaceda demonstrates how Lukashenka extracted energy rents at the international level. Secondly, she shows how he manipulated the distribution of rents domestically to bolster his legitimacy and regime stability. The disagregation of both Belarus and Russia into their component actors provides the author with analytical leverage missing from much of the writing about the topic. It allows the author to make connections between Lukashenka and corporate actors in both states as she analyzes policies around gas transit and oil refining, rather than seeing ties ex clusively at the bilateral state level."

"Margarita Mercedes Balmaceda is among the few international authors who have spent considerable time exploring Belarus itself. Moreover, unlike those who have mainly concentrated on history-related issues, she is mostly interested in the very specific, though complicated, subject of energy. Though the emphasis is on Belarus, the book also describes the energy policy of Russia, uncovering the different stakeholders and the motives behind a rather exceptional approach towards official Minsk. As Lukashenka re-elected himself as president last year the energy quest is likely to continue in a similar manner for some time. Balmaceda offers several reasons why this is not likely to be an optimistic outlook for Belarus."

"This book, by Margarita Balmaceda, uncovers the main reason for the country’s ability to avoid economic and political upheavals. The secret is in the Lukashenka administration’s ability to harness Belarus’s position as a transit country for Russia’s oil and gas exports to the European markets. Using Russia’s subsidies—some direct, others virtually undetectable—in energy supplies, the Lukashenka administration has managed to avoid economic reforms while keeping the economy going and to suppress political dissent without causing popular discontent. Living the High Life in Minsk analyzes in a superbly detailed fashion the cooperation between Moscow and Minsk in establishing a safety net for the Belarusian regime. The book reveals the author’s deep knowledge of Belarus—not only its formal political system or economic performance but also the cultural peculiarities of this enigmatic and contradictory post-Soviet country. This informative, detailed, and pioneering work will be of... more